In the second match of the Indian T20 League 2019, Kolkata skipper Dinesh Karthik has won the toss and elected to bowl against Hyderabad at the Eden Gardens in Kolkata on Sunday.

The runners-up from the last season are without the services of Kane Williamson. However, David Warner s return to the squad has given them a boost. (Kolkata vs Hyderabad, Latest Updates)

England wicketkeeper-batsman Jonny Bairstow, meanwhile, is making his Indian T20 League debut while Bhuvneshwar Kumar is leading the side in the absence of Williamson.

Karthik, who led Kolkata to the playoffs in the last season of the cash-rich league, said that the pitch will remain “pretty even throughout” and hence they chose to bowl.

“We are looking to bowl first. The wicket will play pretty even throughout, so we want to chase,” said the Kolkata skipper.

“We have some good memories on this ground. We are looking forward to put up a good performance for the crowd. We didn’t make it to the finals last year but it was a good effort by us. It’s important we take one game at a time, as it’s a long tournament,” he added.

Bhuvneshwar, who is leading the side in the absence of Williamson, said he was delighted the franchise decided to appoint him to lead the side. The pacer also highlighted that the presence of Warner and Shakib Al Hasan will help him.

“I am glad they chose me to captain the side,” he said before adding, “If you look at our side, there are players like Warner and Shakib who can help me. With Warner at the top it’s always good.” 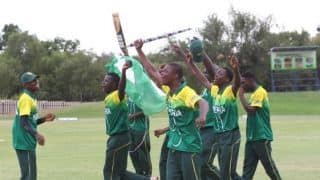