The talking points ahead of today's IPL 2019 match between Kolkata and Rajasthan.

A string of five losses in a row for Kolkata Knight Riders and a muddled run of form for Rajasthan Royals has turned match 43 of IPL 2019 into a crunch shootout for vital points to take the two teams higher up the points table.

From having a sizeable lead over Rajasthan in the first few weeks of the IPL, Kolkata now sit at sixth place with eight points. Rajasthan are at the bottom, with six.

Ahead of today’s match between KKR and RR, here are the talking points:

For the last time that Rajasthan managed to beat KKR, look back at 2015. Ok fine, so Rajasthan were banned from the IPL for two seasons after that, but the fact remains that they have lost their last four matches to KKR. Adding to their woes is a 1-7 record at Eden Gardens since the start of the IPL.

Rajasthan’s playoff chances hang by a thread, and seeking to stay alive they probably could not have asked for a trickier opponent.

Where will Dre Russ bat?

Russell says he does not mind batting at No 4, which does seem the best place for him gives his impact for KKR. The team has shuffled Nitish Rana, Shubman Gill and Dinesh Karthik through the batting order and all too often it has fallen on Russell to proved the fireworks.

Could it be time, now that KKR are in a desperate situation, to sent Russell up at No 4 to allow him more deliveries to face?

KKR vs RR: Teams, time in IST and where to watch on TV and online in India

This will be the last appearance for Ben Stokes and Jofra Archer in IPL 2019, for after Thursday they will return to England. With Jos Buttler already back home, the loss of Stokes and Archer – and Steve Smith next week – is massive for Rajasthan.

Stokes has not had a strong tournament but his presence is felt, whereas Archer’s bowling and fielding – barring one game in which he dropped three catches – has been vital.

Jonny Bairstow, the other England cricketer to leave the IPL, went out with a whimper. What chances of Stokes and Archer clicking in unison?

Will KKR reshuffle their team?

Hoping for a turnaround after the loss to Royal Challengers Bangalore, KKR made three changes against Sunrisers Hyderabad. Rinku Singh (replacing Robin Uthappa) scored 30 off 25 deliveries, while Yarra Prithviraj (replacing Prasidh Krishna) and KC Cariappa (in for Kuldeep Yadav) bowled five overs between them for 63 runs and one wicket.

With just one of the three replacements making significant contribution, will Kolkata revert to their tested players or give the freshers one more go? In a crunch match, going with the experienced players makes sense. The KKR team management has some big calls to make today. 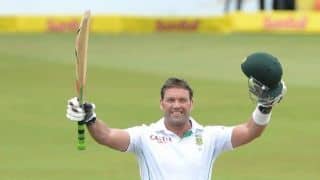 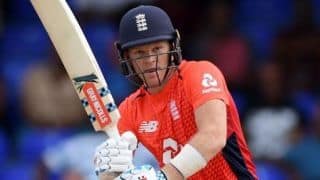