As per IPL's Code of Ethics, a franchise may receive sanction if anyone related with the team (player/owner) bring disrepute to the game.

The Committee of Administrators (CoA) on Friday sought a written explanation from Indian Premier League franchise Kings XI Punjab on the suspended arrest sentence handed to their co-owner Ness Wadia for possession of cannabis in Japan.

It has been learnt that, as of now, the CoA will not hand over the matter to the IPL’s Ethics Committee comprising acting president CK Khanna, acting secretary Amitabh Choudhary and treasurer Anirudh Chaudhry.

Industrialist Wadia was arrested at an airport in Japan’s Hokkaido for possession of 25gm of banned substance and sentenced to two years of imprisonment, the verdict that had been suspended for five years.

As per IPL’s Code of Ethics, a franchise may receive sanction if anyone related with the team (player/owner) bring disrepute to the game. (ALSO READ: Kings XI Punjab could be suspended after co-owner’s arrest)

“The CoA has asked KXIP management to file a written explanation on what all has transpired. Agreed, the incident has got nothing to do with the league directly but Wadia’s arrest does create bad optics. Once KXIP file their explanation, the CoA will take a call on what needs to be done next,” a senior BCCI functionary privy to Friday’s meeting said.

When asked why the matter is not being handed to office bearers, the senior functionary said, “We now have an Ethics Officer in Justice DK Jain. If need be, the matter will be handed over to him and the office bearers can help him if required.”

Among other significant developments, the CoA through amicus curiae PS Narsimha will intimate the Supreme Court that 26 units of BCCI are now fully Lodha compliant and can hold their state unit’s elections.

“Out of the 36 BCCI units, there are 26 which are fully Lodha compliant and we expect a few more to become fully compliant in the coming days. The report will be submitted to the Supreme Court. The CoA is expected to appeal to the apex court for an election date. As for the units that will be non-compliant, they will be disqualified from voting at the AGM,” the official said. 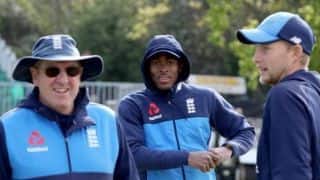 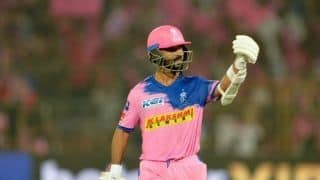