KKR s decision to release Starc from his contract can be linked to the doubt over his availability for the 11th season of the IPL.

Australian fast bowler Mitchell Starc appears unlikely to turn out in next year s edition of the Indian Premier League after revealing that his previous owners Kolkata Knight Riders informed him via a text message that his services were no longer required.

Starc had in January been purchased by KKR for a whopping Rs 9.40 crore from a base price of Rs 2 crore, but was later ruled out of the season on account of a tibial bone stress fracture in his right leg , thus making it the third consecutive season he did not turn out in the competition. In 2016 he was injured and in 2017 he opted out to manage his workload during a busy year.

“I got a text message two days ago from the owners of Kolkata saying I’ve been released from my contract,” Starc told reporters in Sydney. “At the moment I’ll be home in April. I obviously didn’t go last year with my tibia injury and it was a great opportunity to freshen the body up, let everything heal by itself.

KKR s decision to release Starc from his contract can be linked to the doubt over his availability for the 11th season of the IPL, given the tournament s proximity to the 2019 ICC World Cup and how the Australian selectors could opt to rest him to stay in top shape. As per the existing schedule, the IPL goes from March 29 to May 19, followed by the World Cup from May 30.

Should he not be signed up any IPL franchise at next month s player auction, Start said he was ready to use the break to prepare for the World Cup and the Ashes in England.

“I guess barring a little niggle in my hammy I’ve felt pretty good with my body and my strength and the rest of it. That little period of time has really paid off for the body. If I don’t play the IPL next year it’s a good opportunity to freshen up for a massive six months of cricket in the UK.”

Starc picked up a hamstring niggle during the second Test against Pakistan in Abu Dhabi last month but it did not prove serious. He did not play the subsequent T20Is but slotted back in the recent ODI series with South Africa, which Australia lost 1-2, and will next play for his state New South Wales in the next round of Sheffield Shield games as the national selectors keep a close watch ahead of next month s Test series with India. 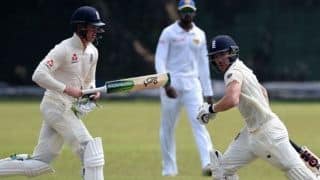 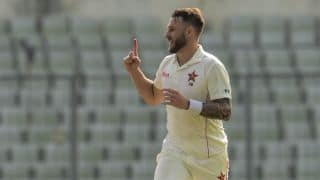