With a record fourth title, Mumbai Indians have overtaken CSK to become the most successful franchise in the IPL history.

With a record fourth title, Mumbai Indians have overtaken Chennai Super Kings to become the most successful franchise in the IPL‘s 12-year-long history.

MI, last crowned champions before this in 2017 continued their pattern of winning the IPL title every alternate year beginning 2013, with a narrow one-wicket win against MI in the final at the Rajiv Gandhi International stadium in Uppal, Hyderabad on Sunday. (ALSO READ: MI beat CSK to clinch 4th IPL title)

With the win, MI completed a 4-0 sweep over CSK in the season. They beat CSK in the two league matches, Qualifier 1 and now the all-important final. The win has also enabled MI to boast a 3-1 record against CSK in IPL finals. Having lost to their arch rivals in 2010, MI have now beaten CSK in the final in 2013, 2015 and now 2019.

“Today is a culmination of a lot of hard work. We knew 150 was below par, but we knew we had quality in our bowling line-up, Malinga was superb in the last over,” bowling coach Shane Bond said after the win. “I’m going to get some time off, this has been a bit draining, take a couple of months off and then return for the franchise. Everyone has worked hard for it, someone like Jason Behrendorff, he stayed with the team for a couple of months.”

Team owner Nita Ambani, who was beaming with smile, credited Rohit Sharma for leading the team to such unprecedented high. “Last over I couldn’t see. I just went by the cheers of the crowd. All the times Rohit has been the captain in 2013, 2015, 2017 and 2019. Congratulations for leading our team so beautifully,” she said.

Her son, Akash Ambani also weighed in and lauded Lasith Malinga for his exceptional final over, which saw him defend nine runs and get a wicket off the last ball off which CSK required two runs to win.

“That’s Lasith Malinga for you. He’s the only bowler to have done it for 10-12 years now. He’s a special man in our team. I think it’s the environment we create around the team, we treat the entire team as a family. I must credit the efforts of the coaching as well as the back-room staff,” he said. 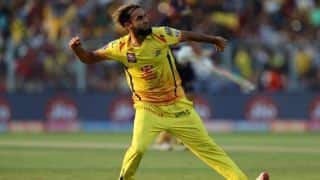 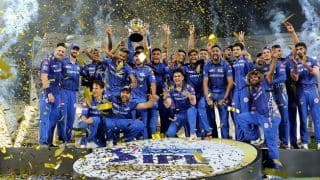