Mumbai Indians had finished at the top of the points table that season, winning 10 out of their 14 matches.

New Delhi: The only team to win the Indian Premier League (IPL) thrice, Mumbai Indians will be gunning for their fourth title and make up for a poor run in the last season when the 2019 edition gets rolling later this month.

Having said that, Mumbai will have a pool of young talent in form of domestic players like young Ishan Kishan, Suryakumar Yadav and Siddhesh Lad. These three newcomers could come in handy for the Rohit-led team.

Mumbai Indians have also acquired the services of veteran allrounder Yuvraj Singh for a price of Rs one crore.

They have also brought back experienced Sri Lankan pacer Lasith Malinga at his base price of Rs 2 crore. Offspinner Jayant Yadav has also been acquired by the franchise. (ALSO READ: Royal Challengers Bangalore continue hunt for maiden title)

Although Malinga has served Mumbai well in the past, both he and Yuvraj are well past their prime and it remains to be seen how they perform this season.

Mumbai had last won the IPL in 2017. They had finished at the top of the points table that season, winning 10 out of their 14 matches. They went on to win the trophy after beating Rising Pune Supergiants in a nail-biting final.

But their performance fell dramatically last season when they finished at the fifth spot after winning six of their matches and losing eight.

Rohit and his men will definitely want to forget those matches and redeem themselves this season. 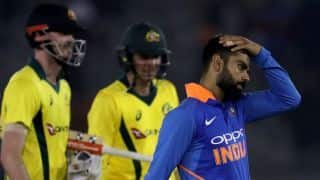