Burman, who is the largest share-holder of the franchise, said that Kings XI will frame its clarification along the lines of separating it from Wadia's sentencing.

Kings XI Punjab (KXIP) co-owner Mohit Burman on Sunday said that Ness Wadia being sentenced for drug possession while on a skiing holiday in Japan is the latter’s personal matter and does not have a bearing on the franchise.

Burman, who is the largest share-holder of the franchise, said that Kings XI will frame its clarification along the lines of separating it from Wadia’s sentencing.

“They are asking for a clarification, we are going to give it to the BCCI,” said Burman, according to a Mumbai Mirror report.

“It is a personal matter. It is nothing to do with Kings XI franchise. We are a professionally-run franchise which is managed by a professionally-appointed CEO, CFO, professional coach and a professional captain. Therefore, what happens to one director in his personal capacity will have no bearing on the running of the team,” he said.
(ALSO READ: KXIP asked to file written explanation on Ness Wadia issue)

“The reply will be on these lines,” Burman said.

However, Clause 14 of Section 2 of the IPL’s Operational Rules states that no individual representing the team can act in a manner that brings disrepute to the franchise, the Indian Premier League (IPL) or the BCCI. (ALSO READ: CoA to discuss KXIP co-owner Ness Wadia’s jail sentence on May 3)

It further states that any breach of the clause can make the individual and the franchise as a whole liable to suspension by the ombudsman and the commission. 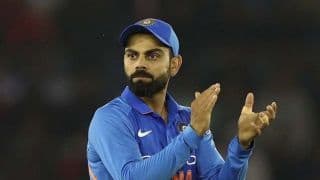