The Yo-Yo test is considered a must under the leadership of India skipper Virat Kohli and coach Ravi Shastri.

New Delhi: The Yo-Yo test might be considered a must under the leadership of India skipper Virat Kohli and coach Ravi Shastri, but MS Dhoni’s Chennai Super Kings (CSK) will not be performing the fitness test as they gear up for the rigours of the 12th edition of the Indian Premier League (IPL).

Former India trainer Ramji Srinivasan, who is associated with the franchise till the first game of this season, has picked the 2km or 2.4km run and the Sprint Repeat test as the measuring scale to gauge the fitness of the players.

Speaking to IANS, Ramji explained how he prefers smart training and designs tests keeping in mind the specific requirements of individual players rather than carrying a common testing parametre like the Yo-Yo test.

“I have picked the 2km or 2.4km run to check the fitness standards of the players as also the Sprint Repeat test. Just because the national team does the Yo-Yo test doesn’t mean I need to follow the process. (ALSO READ: CSK wicketkeeper-batsman N Jagadeesan in awe of MS Dhoni’s fitness)

“I believe in the need to prepare challenges for players keeping their specific requirements in mind. For example, even when I was with the Indian team, the training regime I prepared for Dhoni wasn’t the same as the one for Sachin Tendulkar.

“Similarly, if Virat Kohli is keen to do deadlifts and his body reacts positively to it, doesn’t mean that MS must also do them. The Yo-Yo is more suited to aerobic sports like football and that is how it started.

“Also, fitness is a wide spectrum and it is important to keep a comprehensive approach to overall fitness and not just on endurance level. Overall, tabulation is very important to look into the various factors like strength, power, agility, endurance, flexibility etc,” he said. (ALSO READ: Match-fixing bigger crime than murder: MS Dhoni in soon-to-be-released CSK documentary)

Asked to explain Dhoni’s workout regime, Ramji said: “MS is in a different zone altogether. He likes to keep things very simple. He doesn’t do clean-and-jerk and other forms of power lifting. He likes to do his strength work and boxing work. Basically, he is a smart trainer and works on a set of exercises that is simple and helps sharpen his skills.”

Ramji feels that in India, there is the “herd mentality” wherein if one person does something and attains success, others look to follow him. But the CSK trainer feels that there is need to assess the strength and weaknesses of every individual before chalking out a programme for the athlete.

“Just because Usain Bolt runs sprints to stay in shape doesn’t mean I must also do the same. In India, the ‘herd mentality’ must end. (ALSO READ: Chennai Super Kings to kick-start IPL 12 preparations from March 16)

“Yes, the result Kohli has got from following a certain fitness regime is unquestionable. But, that doesn’t mean that another player will get the same result by following the same pattern.

“One man’s food can be another man’s poison,” he smiled. 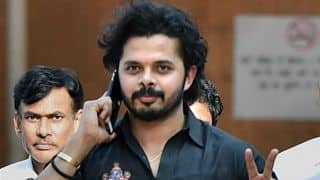 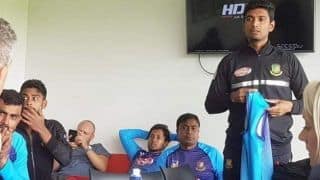