Here's a list of all the winners from the 12th edition of the IPL.

The 2019 Indian Premier League came to an end with Mumbai Indians beating Chennai Super Kings by one run to be crowned four-time winners. Here’s a list of all the winners from the 12th edition of the IPL.

Having missed the last season due to a ban, David Warner roared back to form in the IPL 2019, The Australia opener remained just eight shy of 700 runs and for the fifth year in a row tallied in excess of 500 runs in the season. His 692 runs were scored at an average of 69.20 with eight fifties and a century. Through a recorded message, Warner said: “It’s an honour to win the orange cap. We batsmen don’t play this game for awards, we try to win. Big credit to our curators at Hyderabad, they prepare great wickets and feels great to play in front of those crowds. I am privileged to be a part of this tournament, it’s the best league in the world. Thank you very much.”

Incidentally, Tahir, at 40, also became the oldest player to win the cap. The ace wrist spinner edged past Rabada, who turned out for Delhi Capitals before injury curtailed his campaign, when he flummoxed Mumbai Indians Ishan Kishan in the final of the cash-rich league, for his 26th wicket.

I am really grateful to Chennai for giving me an opportunity at this age. I just want to keep going and would like to thank my support staff, Tahir said. It s sad to lose, but credit to Mumbai and they deserve this victory. I am pleased to see all this at a late stage in my life. It is the best league and I have been working hard for very long in my life, it isn t easy to bowl to the Indian and the overseas players. I love the game and I would love to carry on for as long as I can.

This season will be most remembered for the carnage Russell dished out against almost all teams. Russell scored those 510 runs at a strike-rate in excess of 204 and pummelled four half-centuries. Even when the Kolkata Knight Riders were in the middle of their slump, losing six matches in a row, Russell lit up stadiums and got KKR extremely close, if not over the line. Through a recorded message, Russell said: “I am very emotional to be a part of this. This contest has been going on back and forth, other guys have been going at it as well.”

Mumbai Indians’ allrounder Kieron Pollard walked away with the prize for the catch of the tournament. In the 15th match of the IPL, against CSK, Pollard plucked a one-handes stunner at deep point to dismiss Suresh Raina, who had played an uppish cut shot.

Against KKR, Hardik Pandya scored the fastest fifty of the season and went on to score 91 in just 34 balls. However, was too little too late as MI had not a had a platform from where Pandya s knock could have powered them to a win. Pandya s blitz went in vain. With none from the top four- Rohit Sharma, Quinton de Kock, Suryakumar Yadav and Evin Lewis setting up a platform, Pandya, despite hitting as many as nine sixes and six fours, was left with too much to do.

Playing his second IPL season, young Shubman Gill enthralled by scoring 296 runs at an average of 32.88 and three half-centuries, Initially playing lower down the order, Gill came into his elements when he was promoted to open the batting along with Chris Lynn. With Sunil Narine pushed down, Gill played with flamboyance, Gill struck 65 against the Delhi Capitals in a losing cause. He later went on to produce back-to-back fifty-plus scores against Mumbai Indians and Kings XI Punjab, which KKR won and lost respectively. 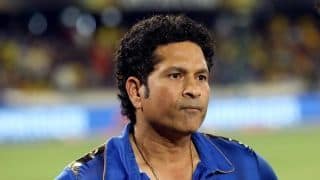