While DC have retained the same playing XI, CSK have brought in Shardul Thakur in place of Murali Vijay.

MS Dhoni has won the toss and Chennai Super Kings (CSK) have elected to bowl against Delhi Capitals (DC) in the Qualifier 2 of the Indian Premier League (IPL) 2019 at the Dr YS Rajasekhara Reddy ACA-VDCA Cricket Stadium in Visakhapatnam on Friday.

While DC have remained unchanged and playing with the same team which beat Sunrisers Hyderabad (SRH) in the Eliminator, CSK have made one change to the playing XI which took on Mumbai Indians (MI) in Qualifier 1 as Shardul Thakur comes in place of Murali Vijay.

“We’ll bowl first. (If the toss is crucial) Depends on how the bowler’s start. Some of the tosses are crucial but it depends on how the opposition bats. I don’t mind that because all this increases the anticipation. Ultimately, you need to be aged to be experienced but again, there are pros and cons for everything.” said Dhoni.

It’s pretty much a win-win at the toss as DC skipper Shreyas Iyer said that his team would have opted to bat first as well. (IPL 2019, Qualifier 2 CSK vs DC: FOLLOW LATEST UPDATES)

“Looks a far better one that the previous game. We felt that during practice too. We would have batted first actually, so not a bad toss to lose. We’re unchanged as we don’t want to put pressure on any new player.,” said Iyer. 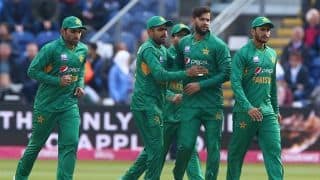