While Ashwin remained unrepentant of his act that he said was "within the rules", the 'spirit of cricket' debate was out in the open.

India’s Ravichandran Ashwin on Wednesday said his Indian Premier League team, Kings XI Punjab, are looking to be “competitive and fierce” amid global outrage over his ‘Mankad’ dismissal of England batsman Jos Buttler.

Ashwin, Punjab captain and lead spinner, has received flak for running out Buttler in a controversial manner during his side’s opening match of the Twenty20 tournament on Monday. (ALSO READ: MCC weighs in on mankad debate after Ashwin-Buttler spat in T20 League match)

“We are a team that always wanted to be competitive and fierce,” Ashwin said after winning the toss and electing to field first in their second game against Kolkata Knight Riders. (ALSO READ: Questioning Ashwin s character because he mankaded Buttler is totally wrong: Rahul Dravid)

“That’s how we started last year, unfortunate that it petered out. But we’re looking forward to yet another good contest here.” (ALSO READ: It s too late to say sorry Mr. Ashwin, you will be remembered for that low act )

Coming into bowl in the match against Rajasthan Royals, Ashwin checked his run as Buttler left the crease and whipped off the bails at the non-striker’s end.

The rarely used dismissal is within the laws of the sport but critics say it is unsportsmanlike and not in the spirit of the game. (ALSO READ: Ravi Ashwin mankads Jos Buttler during T20 League match: Twitter goes wild)

While Ashwin remained unrepentant of his act that he said was “within the rules”, the ‘spirit of cricket’ debate was out in the open.

Legendary spinner Shane Warne, a member of the MCC World Cricket Committee, was among a number of leading figures to fault Ashwin and called the act “disgraceful and low”. (ALSO READ: Rahane refrains from commenting on Ashwin s mankad dismissal of Buttler)

Replays of Monday’s game suggested Buttler was still in his crease at the moment Ashwin would have been expected to release the ball, and therefore should not have been given out.

The dismissal is named after Indian all-rounder Vinoo Mankad, who twice ran out Bill Brown at the bowler’s end during India’s tour of Australia in 1947. Jasprit Bumrah bowls in Mumbai nets but still being assessed 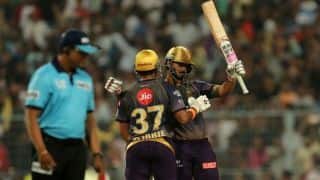