Asked to reveal the secret behind DC's resurrection, Shikhar Dhawan points at the two men at the helm of affairs - head coach Ricky Ponting and advisor Sourav Ganguly.

Six punishing years and a name change later, Delhi Capitals have finally qualified for the playoffs in the Indian Premier League (IPL). Their 16-run win over Royal Challengers Bangalore on Sunday sealed their place in the knockout stages of the tournament in the 12th edition of the IPL. Delhi last made it to the playoffs in 2012 under Virender Sehwag’s leadership.

Having failed to rise to the challenges of the cash-rich league in the last few seasons, Delhi have finally turned the tables this season and are sitting pretty with 16 points from 12 games. The remaining two matches will be all about maintaining supremacy and finishing the group stages on a high. After all, a top-two finish will mean that DC get two bites at the cherry in the playoffs.

Even as people have spoken about the balanced approach in this Delhi outfit and the leadership group which has been bolstered by the addition of former India skipper Sourav Ganguly as the advisor, it is the job of the senior boys to go out and show the way to the young turks on the field of play. And the man who has done that with panache this season for DC is Shikhar Dhawan.

While everyone has been talking about Kolkata Knight Riders allrounder Andre Russell and Mumbai Indians allrounder Hardik Pandya’s power hitting this season, Dhawan has quietly moved to number three in the run-getters’ list with 451 runs from 12 games. A slightly lower strike-rate of 137.08 is justified by the fact that DC batsmen have had to cope with the low and slow tracks at the Feroz Shah Kotla. But what stands out is the conviction he has shown in adapting to every situation thrown at him.

But for Gabbar, as he is fondly called, it is all about the team. Asked to reveal the secret behind Delhi’s resurrection this season, the India opener points at the two men at the helm of affairs – head coach Ricky Ponting and advisor Ganguly.

“The coaches play an important role and in Ponting and dada (Ganguly) we have two former skippers who led their teams successfully and know how to go about the job of planning and strategising. They know how to prepare players and give them confidence,” he said.

Coming to the players in the team, Dhawan feels that firing in all departments is the reason why the team has managed to rise through the ranks and sit at the top of the points table.

“The team is balanced and both the batting and bowling department has the required arsenal. The Indian players in the top-order like Rishabh (Pant), Prithvi (Shaw), skipper Shreyas (Iyer) or me as well as the overseas players have built a nice blend of youth and experience. Ishant (Sharma) has also bowled well and it has been a complete team effort,” he explained.

While Dhawan has spoken about every aspect of the team except for his own form, he does reveal that coming home has been a motivation of sorts. The opener last played for Delhi in the opening season when they were called Delhi Daredevils.

“The confidence is high and I am enjoying the momentum I have gained (at the top of the order). I have been enjoying myself with Delhi. I am back with the team after 11 years so that is a reason to rejoice. The team has been doing well and that adds to the joy,” he smiled. 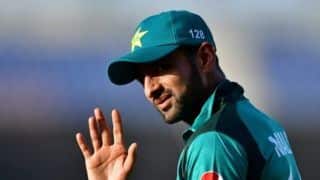 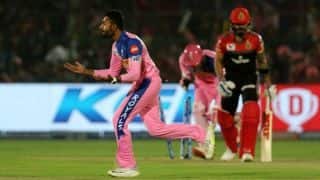