While Chennai Super Kings did not win the match, MS Dhoni sent the Royal Challengers Bangalore bowlers on a leather hunt, scoring 84 off 48 balls.

An MSD special is no longer as frequent an affair as it used to be in the early 2000s. But Mahendra Singh Dhoni turned back the clock once again on Sunday not just for his fans, but also for one man, who literally had to fight it out as chief national selector in 2004, to ensure that a young man from Ranchi got the nod to be part of the Indian squad for a tour of Bangladesh.

Yes, skipper Sourav Ganguly too, had a role to play in the final approval, but More had hand-picked him when scouting for a bunch of talented cricketers, who were all considered the future of Indian cricket.

So, when Dhoni sent the Royal Challengers Bangalore bowlers on a leather hunt at the M Chinnaswamy Stadium, More went back in time to 2006 when MSD would finish matches like he was taking a walk in the park.

In a battle of nerves that went down to the wire, Dhoni failed as Chennai Super Kings lost by a run on Sunday, but this was after he tonked Umesh Yadav for 24 runs off the first five balls to nearly pull off an improbable target of 26 runs from 6 balls. (ALSO READ: Dhoni gave us all a massive scare: RCB skipper Kohli)

Dhoni’s unbeaten 48-ball knock of 84 was made of stuff that harked back the former chief selector More to a nostalgic past.

Speaking to IANS, More said that even as people have written him off in recent times, Dhoni is still a force to reckon with at 37.

He went on to add that age was never a criteria, fitness of players is what counts when competing at the international level. (ALSO READ: Super Kings vs Royal Challengers, Talking Points: Did Dhoni’s refusal of singles cost CSK the game?)

“Oh! He was brilliant. It was an outstanding innings and only goes to show age is never a criteria. Dhoni is in top form and age is just a number. Sachin Tendulkar, Rahul Dravid all played till late in their career and with distinction,” he said.

It was a vintage Dhoni knock which was studded with five fours and seven sixes. CSK needed 70 runs in the last five overs and it was almost a lost cause when Dhoni decided it was time to unleash the brute force that saw him dominate world cricket as the ultimate finisher over the last decade.

“The innings took me back to 2006 and maybe, around that time when a young Dhoni took the scene by storm,” More said.

Dhoni has been in good form this IPL, amassing 314 runs in seven innings at an average of 104.66. But the 2007 inaugural World T20 and 2011 50-over World Cup winning captain saved the best for Kohli and his charges, sending social media into a tizzy. (ALSO READ: King Kohli along with cool cucumber MS Dhoni will bring back the World Cup: Srikkanth)

Even though CSK lost the game, Dhoni once again showed that he is far far away from his swansong and More agreed that a lot will depend on the former skipper when India look to win the tournament in England and Wales.

“He will definitely be a vital cog for the Indian team at the World Cup,” he said.

Dhoni, on Sunday, also become the first Indian batsman to hit 200 sixes in the IPL. Dhoni took his overall IPL tally of maximums to 203. In the ongoing edition, he has so far clubbed 17 sixes. The CSK, despite the defeat, remained at the top of the points table with 14 points. 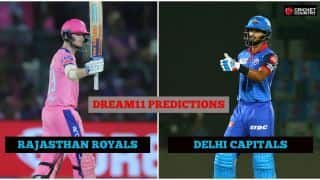 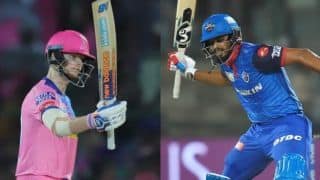