Sunrisers Hyderabad began the IPL 2019 on a strong note before suffering defeats in three straight matches.

It will be an uphill task for the Sunrisers Hyderabad to secure a victory and get back on the winning track when they take on Chennai Super Kings at the Rajiv Gandhi International Stadium on Wednesday in the ongoing edition of the Indian Premier League.

SRH, who secured three back to back wins after their loss in the opening encounter in the ongoing IPL, have failed miserably in the last three games. Their batting, which has been largely dependent on the destructive opening pair of Johnny Bairstow and David Warner, hasn’t been able to perform and appears to be in disarray as none of the other batsman have taken the responsibility and finish the games. 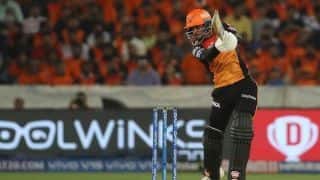 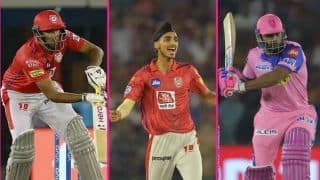