Kohli chose the Champions League T20 game in 2010 against Mumbai Indians in Durban as his most memorable match.

India skipper Virat Kohli has picked out the Champions League T20 game in 2010 against Mumbai Indians in Durban as his most memorable match for Royal Challengers Bangalore (RCB).

“I clearly remember the Champions League T20 Game in 2010 against Mumbai Indians in Durban, where I scored 49 runs, but we lost the game in the last delivery. I consider it as one of my most memorable innings wearing the RCB jersey,” Kohli was quoted as saying in a statement on Friday. (ALSO READ: No Yo-Yo test for Chennai Super Kings players)

“When everyone had given up, I stayed till the end and almost won us the game. This gave me a lot of confidence, and everyone who watched that game, appreciated me,” he added.

Pointing out that the then Mumbai team contained a host of stalwarts including Zaheer Khan, Sachin Tendulkar and Harbhajan Singh, the RCB skipper asserted that the innings is one of the high points of his distinguished career. (ALSO READ: ‘Proud’ Ishant targets IPL trophy with home team Delhi Capitals)

“That was my #GameBanayegaName moment, the innings that gave me extensive recognition. Mumbai Indians team consisted of Zaheer Khan who bowled that last over along with Sachin Paaji and Bajju pa; and they all saw the game and noticed what I could potentially do, and for me that was a big moment,” Kohli said. 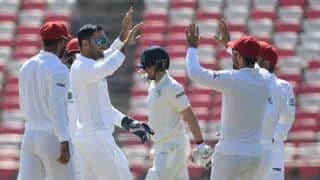