The Citizenship Amendment Act (CAA) has led to widespread protests across the country and one of the majorly affected areas is West Bengal. The Citizenship Amendment Act (CAA) has led to widespread protests across the country and one of the majorly affected areas is West Bengal. In fact, with the Indian Premier League (IPL) auction in Kolkata a little over 72 hours away, franchises are keeping a close eye on the turn of affairs in the City of Joy.

Speaking to IANS, a senior official of one of the franchises said that it was but obvious that one would want to know the situation as there have been reports of violent protests in the state.

“Not too worried, but yes, an eye has to be kept on developments. With the auction on Thursday and rallies on in the state from today, we need to keep monitoring the situation for sure,” the official said.

In fact, Internet services in Malda, Murshidabad, Howrah, North 24 Parganas and parts of South 24 Parganas districts had to be suspended on Sunday after protests turned violent.

The Trinamool Congress on its official account on December 13 had said that there will be a mega rally against CAA on Monday. “@MamataOfficial announces mega rally against #CitizenshipAmendmentBill2019 on December 16 in #Kolkata. The rally will begin near the statue of Dr BR Ambedkar and end at Jorasanko. Didi will walk in the rally (sic),” the tweet read.

Interestingly, it has also been reported that the West Bengal Chief Minister has convened a meeting of senior party leaders on December 20 to draw up the party’s strategy in view of the Citizenship (Amendment) Bill (CAB) getting the nod from both Houses in the Parliament.

An official of another franchise said that the majority of the members attending the auction will be returning to base only on December 20 and arrive in Kolkata on Tuesday, so in that case the situation needs to be observed.

“See, while most of the owners might reach on December 18 and leave on December 19 post the auction, the rest of the team members will be returning only the day after and will be reaching the city by tomorrow. In that case, the situation will obviously need constant observation,” the official said.

Another franchise said that while there have been no official request sent to the BCCI to tighten securities at the venue of the auction, the ‘wait and watch’ policy is definitely being followed.

“We are keeping an eye, but no, we haven’t sent any official request to tighten security at the venue of the auction,” the official said.

A senior member of another franchise said that the teams have complete faith in the planning of the BCCI. “To be honest, yes, we are keeping an eye on the protests and all. But, we are also pretty confident that the board will take all necessary action to ensure that there is no problem in the organisation of the auction. Some of our guys will reach the city tomorrow itself and there has been no word from BCCI on any change or anything,” the official said. 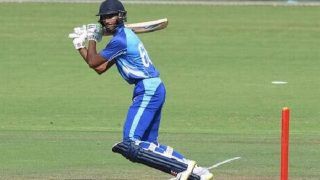 KAR vs UP Dream11 Karnataka vs Uttar Pradesh, Round 2, Ranji Trophy 2019-20 – Cricket Prediction Tips For Today’s Match KAR vs UP at KSCA Hubli Cricket Ground, Hubli 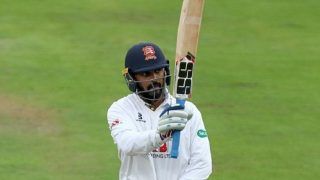