Players of Australia had a field day at the IPL 2020 Auction with the starry trio of Pat Cummins, Glenn Maxwell and Aaron Finch bagging a collective Rs 31 crore. At Rs 15.50, Cummins became the costliest foreign buy in the history of the IPL, with two-time winners and his previous franchise Kolkata Knight Riders bidding heavily for the Australia pacer.

Incidentally, Cummins, Finch and Maxwell had opted out of last year’s auction due to World Cup preparations, and with Kings XI Punjab once again putting their faith on the Big Show shelling out a hefty sum of Rs 10.75 crore, their dangerous alliance continues. Their limited-overs captain Aaron Finch headed down south to the Royal Challengers Bangalore his fifth IPL franchise for Rs 4.4 crore and will be seen playing under Virat Kohli.

KKR also roped in England’s World Cup winning captain Eoin Morgan, more than making up for the loss of Robin Uthappa and Chris Lynn sold to Rajasthan Royals and Mumbai Indians for Rs 3 crore and 2 crore respectively. Apart from Maxwell, KXIP who had the fattest purse of more than Rs 42 crore, also picked up valuable buys in England allrounder Chris Jordan and bowler Ravi Bishnoi, who combined for a price tag of Rs 5 crore.

With big names mostly retained, Indian players were limited to being a bit of an afterthought. The costliest Indian purchase during the auction was legspinner Piyush Chawla, who was secured for Rs 6.75 crore by three-time IPL winners Chennai Super Kings. KKR would be expecting mystery spinner Varun Chakravarthy to fill Chawla’s void having invested in him Rs 4 crore, while Jaydev Unadkat, who dominated last year’s auction was acquired by Rajasthan Royals again, only this time shelling Rs 3 crore.

The other expensive buys include that of South Africa allrounder Chris Morris, who from the Delhi Capitals moved to RCB for Rs 10 crore. The Capitals strengthened their stock of foreign players even further adding the big-hitting Shimron Hetmyer to their ranks for Rs 7.75 crore. Add to that smart purchases of Jason Roy (Rs 1.5 crore), Chris Woakes (Rs 1.5 crore) and Australia wicketkeeper batsman Alex Carey (Rs 2.4) and DD brag a strong set of overseas players.

Sheldon Cottrell bagged his maiden IPL contract and his salutes will be reserved for the KXIP, while Marcus Stoinis and Nathan Coulter-Nile also earned big adding to Australia’s strong foothold. Stoinis, released by RCB, was picked on the second attempt by the Capitals, while Coulter-Nile was drafted back to a franchise he’s earlier played for Mumbai Indians.

All doors seemed to have closed on the injury-prone Dale Steyn after he found not takers on the first two rounds. However, the South African received a lifeline on the third and final go, with RCB purchasing his services at his base price of Rs 2 crore.

Towards the end, the likes of Andrew Tye and Tom Curran also found takers in Rajasthan Royals for a crore each. 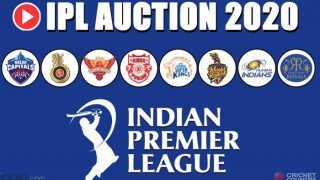 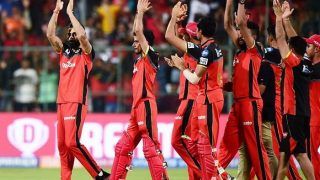