Both players - one international and one uncapped - are from Chennai Super Kings. The BCCI did not reveal any names.

The BCCI on Saturday (August 29) revealed that two players are among a total of 13 who have tested positive for COVID-19 ahead of the IPL after it came to light that over a dozen members of the Chennai Super Kings contingent have been infected by the dreaded virus in Dubai.

The two players who have tested positive include a white-ball T20 specialist seamer for India and a top-order India A batsman. The Indian cricket board did not reveal any names. The tournament starts on September 19 and will be played across three cities in the UAE.

“Thirteen personnel have tested positive of which 2 are players. All the affected personnel as well as their close contacts are asymptomatic and have been isolated from other team members. They are being monitored by the IPL Medical Team,” the BCCI press release stated.

The release stated that a total of 1,988 RT-PCR COVID-19 tests were carried out between August 20 and 28 across all participant groups in the UAE.

“As per the IPL 2020 Health and Safety Protocols, testing on all participants will be conducted regularly throughout the IPL 2020 Season,” it further stated.

All positive cases need to go through a 14-day quarantine period following which they will have to return two negative RT-PCR tests before being allowed inside the bio-bubble.

“If there are 13 cases from only one franchise then it is an issue for sure for everyone,” an unnamed official was quoted as saying by PTI. “The biggest aspect will be whether foreign cricketers will now start being panicky as they are more touchy about these issues.” 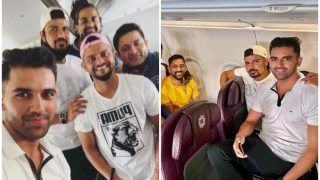 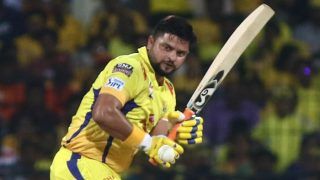