CSK recently took to Twitter and posted glimpses of moments after they made the decision public. 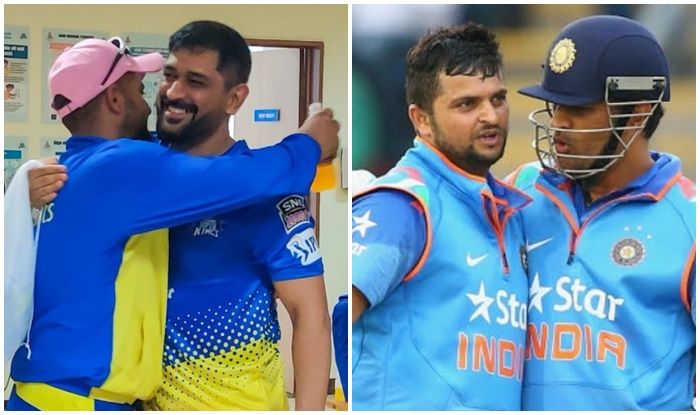 MS Dhoni and Suresh Raina brought down the curtains on their illustrious international cricket on Saturday evening (August 15), breaking the hearts of their innumerable fans. Both the Chennai Super Kings cricketers took to Instagram to make the announcement public.

Ever since their announcements, fans from all walks of life have been pouring in their tributes and wishes for the future of the veteran cricketers.

CSK recently took to Twitter and posted glimpses of moments after they made the decision public.

In the video, Raina and Dhoni were seen being hugged and congratulated by other team members – who are in the middle of a six-day training camp – which included Piyush Chawla and Kedar Jadhav. Dhoni was also seen giving Raina a hug in the video.

The video is being loved by fans as they are reacting.

There were speculations about Dhoni ever since India lost the World Cup semis last year against New Zealand by 18 runs. With the announcement, Dhoni – arguably the most successful skipper to have led India – puts a rest to all the retirement rumours.

According to a TOI report, it is believed that Dhoni made the decision after the T20 World Cup which was scheduled to take place this year was postponed due to the pandemic. Both Dhoni and Raina will be seen in action for CSK in IPL 13 which will kick off from September 19th. The final will be held on November 10. Only three venues will be used for the T20 tournament to avoid excessive travelling of players to ensure their safety.