If CSK do not make it to the playoffs this time around, it will be the first time in their history that they would be failing to do so. 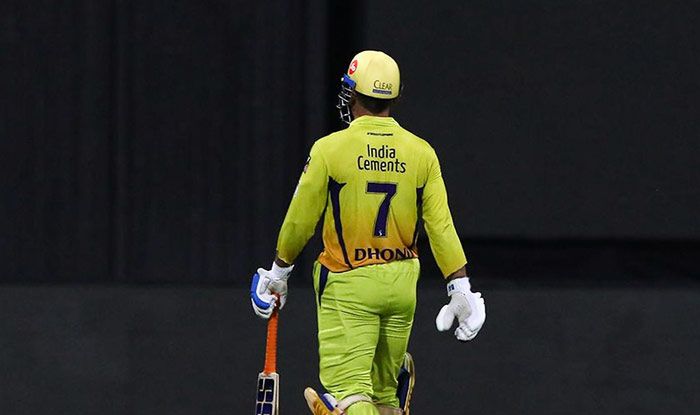 Chennai Super Kings are on the brink of being eliminated from the playoffs race after suffering yet another defeat in the ongoing IPL 2020. They suffered a seven-wicket thrashing at the hands of Rajasthan Royals, a fellow struggler this season on Monday night which has also pushed them to the last spot in the points tally.

If CSK do not make it to the playoffs this time around, it will be the first time in their history that they would be failing to do so. Captain MS Dhoni accepts that the team hasn’t bee able to live up to its expectations and that there’s nothing to hide as far as their performance goes.

“It’s not always supposed to go your way,” Dhoni said during the post-match presentation. “That’s why what we try is going back to the process and see if the process is wrong or maybe we weren’t able to execute. Result is always a by-product of the process. What it does is it helps you think in a positive way.”

When asked why they didn’t ring in changes despite the defeats, Dhoni argues that it creates a sense of insecurity among the players and therefore they refrained from doing so.

“We play in front of millions of people so there is nothing to hide. The fact remains that if you’re busy with the process then the undue pressure of results doesn’t get into the dressing room. We’ve tried a few things. That’s one thing you don’t want to do; you don’t want to chop and change a lot, because what happens is after three-four-five games you’re not sure of anything,” he said.

“You want to give guys a fair go then if they’re not performing then you switch and go to someone else and give them a run. Insecurity is something you don’t want to prevail in the dressing room. Fair enough, this season we weren’t really there,” he added.

Additionally, Dhoni also said that the youngsters didn’t put up any eye-catching performances that would have pushed the veterans out of the playing XI.

“Also there were few chances to the youngsters. Maybe we didn’t see the kind of spark that they could’ve given us to say ‘okay, you know, push the experienced guys and make space for them’. But what this result has done is give those youngsters whatever is left in our league stages. They will get a chance and have no real pressure on them so they can go out and express themselves. And give us the option of looking at the other options in the batting line-up or where they’d like to bat,” he said. 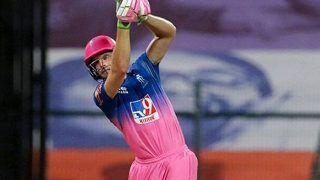 IPL 2020: 'This is my Role For Now', RR Batsman Jos Buttler Happy With The New Responsibility