The ex-KKR skipper now has 110 catches to his name, while Dhoni has one less. 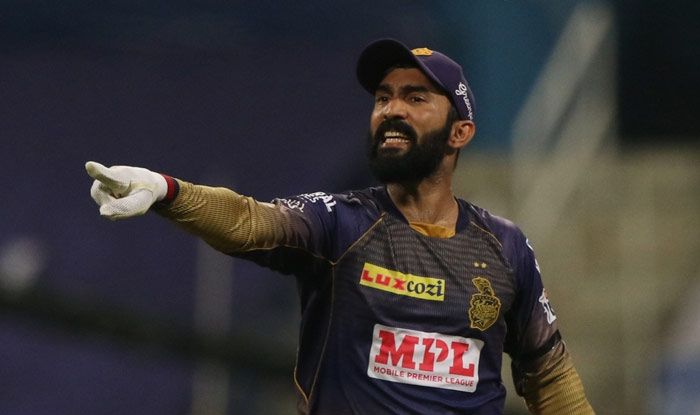 Dinesh Karthik was at his best with the gloves on against Rajasthan Royals in a must-win game in Dubai on Sunday evening. Karthik took four catches behind the stumps and in the process went past CSK skipper MS Dhoni’s feat of most catches in the history of IPL. The ex-KKR skipper now has 110 catches to his name, while Dhoni has one less. In the third spot, there is Parthiv Patel who has 66 catches in IPL followed by Naman Ojha (65) and Robin Uthappa (58).

During the high-octane game in Dubai, Karthik showed he is still the sharpest by taking a one-handed screamer with his left-hand to send Royals opener Ben Stokes packing early in the piece.

In a video posted by iplt20.com, KKR captain Eoin Morgan praised Karthik while in a conversation with Pat Cummins. Morgan said Cummins – who picked the prized scalp of Stokes – that it was the keeper’s wicket.

“DK’s catch was remarkable. When a guy takes a catch like that, it is completely his wicket, it has nothing to do with the bowling at all. It’s a keeper’s catch, keeper’s wicket,” Morgan told Cummins in a video posted by iplt20.com.

Hailing the Knights after the win, Morgan said: “The guys came out and played well in a game where there were different circumstances involved that are completely uncontrollable. The guys came out and focused on exactly what they wanted to do. They played in a way we would have liked to play throughout the tournament. Glad that result went our way and whatever happens from here is completely out of our control.”

Karthik did not have a good day with the bat as he registered a golden duck but made up for it with the gloves on to help KKR beat RR by 60 runs and keep their hopes of a Playoffs alive.

KKR currently hold the fourth spot on the table with 14 points. 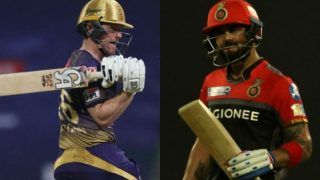 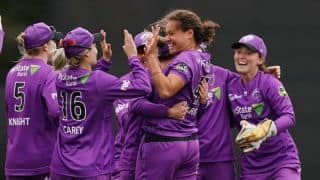