Robin Uthappa has stated that his dream of again playing for Team India is “very much alive”, adding that a good season in the upcoming edition of the Indian Premier League (IPL) could pave way for his return to the national team.

Uthappa, who last played for India in an ODI against Zimbabwe in 2015, will be playing for the Rajasthan Royals in IPL 13 slated to be played across three venues in the UAE from September 19.

“I certainly believe that if we have a great season in the IPL, wonderful things could happen to me and even bring me back into the reckoning for the Indian team,” Uthappa said while answering a question from a fan in a video uploaded on the franchise’s official Twitter handle.

“I am someone who is always positive as a human being and I look for silver linings even in negative situations. So my conviction is really strong that God willing, that I will be able to represent my country again and bring laurels to it. I hope that happens.

“Anyone who plays competitive cricket hopes to play for the country and bring laurels to the country. So the dream is very much alive,” he added. 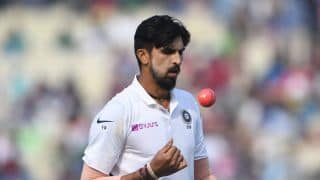