The DC skipper slammed unbeaten 65 off 50 balls, as his innings was laced by 6 fours and 2 sixes. While the wicketkeeper-batsman returned to form at the right time and scored 56 runs off 38 balls. 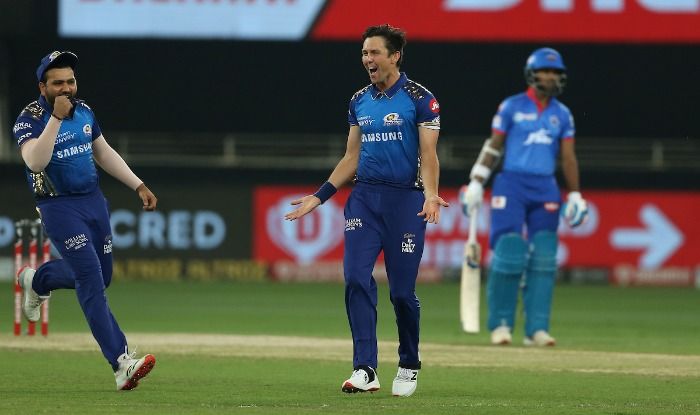 Skipper Shreyas Iyer and Rishabh Pant guide Delhi Capitals to 156/7 in 20 over against Mumbai Indians, after opting to bat first at Dubai International Cricket Stadium on Tuesday. Iyer and Pant shared a 96 run stand after Delhi’s top-order failed to put up a solid show. The DC skipper slammed unbeaten 65 off 50 balls, as his innings was laced by 6 fours and 2 sixes. While the wicketkeeper-batsman returned to form at the right time and scored 56 runs off 38 balls. It was the first fifty-plus score for Pant in the ongoing season as he hit 4 fours and 2 sixes.

Earlier, Delhi Capitals had the worst possible start as Trent Boult sent in-form Marcus Stoinis back to pavilion with the first ball of the final. Boult, with his trademark swinging delivery, managed to get a thick edge from Stonis’s willow and Quinton de Kock took an easy catch. Ajinkay Rahane also became the victim of Boult’s fiery spell and got dismissed on just 2.

In-form opener Shikhar Dhawan started the innings with a couple of blistering shots but got castled by Jayant Yadav on just 15. The off-spinner was the only change MI made in the final from their last game. Dhawan ended the season with 618 runs in 17 games, which also includes two centuries. He also finished second on the list of Orange Cap with KL Rahul leading the race with 670 runs.

After Dhawan’s departure, Iyer and Pant rebuilt DC innings and tackled MI’s fierce bowling attack sensibly. The duo hit boundaries on the regular intervals, which made the scoreboard moving at the right pace. Pant was dismissed by Nathan Coulter-Nile at the time when he was trying to accelerate his innnings.

Boult returned to attack in the 18th over and picked another crucial wicket of Shimron Hetmyer in the quest to dent DC’s big score hope. Iyer held the ground tight till the end to take his team to a fighting total in the big-ticket finale. He finished the season with 519 runs in 17 matches, his best so far in IPL history.

For Mumbai Indians, Boult was the pick of the bowlers with three big wickets, while Nathan Coulter-Nile bagged two. Jayant Yadav also proved to be a smart inclusion in the playing XI as he picked one wicket for just 25 runs. Indian pacer Jasprit Bumrah remained wicketless in the match and was left behind DC’s Kagiso Rabada’s in the Purple Cap’s race. 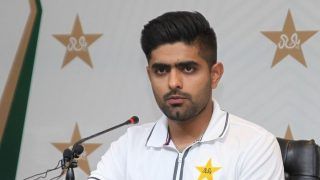