Kagiso is one of the world's premier fast bowlers and currently the IPL's leading wicket-taker with 21 scalps from 10 games for Delhi Capitals. 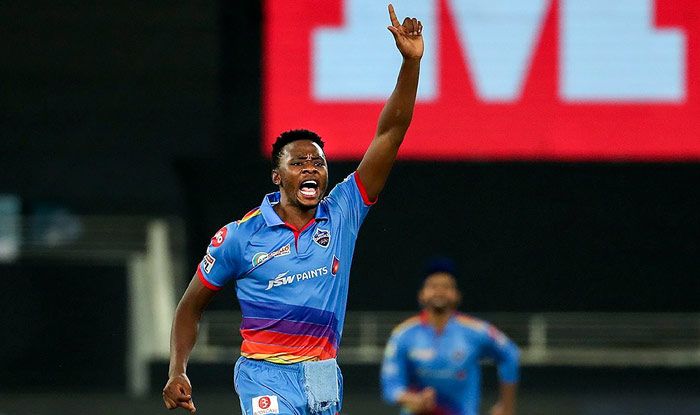 Made up of strong limbs and a liberated mind, Kagiso Rabada on Thursday invoked Nelson Mandela and emphasised on fighting for the right causes without “shoving” his opinion down anyone’s throat.

Moving away from the usual cricket stuffs, the leading South African fast bowler spoke about the influence of the iconic anti-apartheid leader in his life and how it shaped his philosophy as he became an elite sportsperson.

Never one to give in to glib talk, Rabada said, “Nelson Mandela played a huge role in the world and particularly in South Africa. Fighting for basic need that is freedom and it is important that nobody feels inferior. It’s important. Liberation of mind is the most important thing and that’s the message you want to spread as a sportsman as you do have a platform.”

He is one of the world’s premier fast bowlers and currently the IPL’s leading wicket-taker with 21 scalps from 10 games for Delhi Capitals.

While he is a celebrity in his own right, Rabada loves to think of him as an everyday person.

“A lot of people look up to us as sportsman but if I compare myself with an everyday person, I am probably the same.

“Cricket gives me a platform and also social responsibility and a reminder that I need to fight for the right causes. But I will never shove my opinion or ideas down anyone’s throat,” said Rabada during a virtual press conference.

“I will express my opinion as I am doing on this stage and on a political front, liberation is important. Human rights being treated with dignity is important,” the eloquent Proteas pacer added.

Speaking further about liberation, Rabada was all praise for Shreyas Iyer’s leadership skills, one of biggest reasons for Delhi Capitals’ stellar 2020 season.

“It is a liberal environment and not a dictatorship. Probably one of the reasons we have been successful. Shreyas has got all the tools around him and he has used those tools well so far,” Rabada said.

Asked how he finds Iyer as a person, Rabada replied: “Shreyas has been unbelievable as captain. To lead international players on such a big stage, he has done well so far. He is also leading from the front. Shreyas is a normal, chilled out guy. When we go out on the field, he is the captain, but there are senior players to help him out. I am sure Ricky is helping him a lot.”

A testimony to their team spirit is a senior player of Ajinkya Rahane’s stature sitting out most games.

“Camaraderie in team is good and people are willing to put their hands up. Someone like Ajinkya Rahane is sitting out,” he said.

Regarding the IPL and his brilliant form, Rabada said that the pitches in the UAE, despite being on the slower side, are like the sub-continental tracks.

“Conditions here are tricky. Sometimes, we are playing on fresh wickets and at times on used wickets. Sharjah at beginning was flat. Par score went down from 210 to 180.

“In Dubai, it was about 180 and it has stayed the same. so our are getting scores of about 160 to 170. In Abu Dhabi, there has been a few games where ball has been seaming around. All pitches are on the slower side compared to India and they are different kind of slow. I feel conditions in UAE has something for all kind of bowlers,” said Rabada.

He was all praise for his fast bowling partner Anrich Norte, who has captured everyone’s imagination with his express pace. However, Rabada added a note of caution stating that they would have to deliver when it matters most.

“He (Nortje) has done really well. He has got a lot of pace and is also willing to learn which is a great trait to have. Giving our best is on our nature. We need one more win to qualify and hopefully we can give our best when it matters most. We are taking it game by game and not walking around as if we are the most lethal pair.”

The non-usage of saliva has not really created any adverse impact and Rabada is happy that the white ball gets soft in the end, which is making it harder for the batsmen to play big hits during the death overs.

“The ball has been swinging any way. Swing gets negated even though you apply saliva to the ball. More of a dilemma would be in Test cricket. In T20 cricket, older the ball gets happier you are as the ball gets softer. It doesn’t remain hard enough for the batsmen to play shots,” he said. 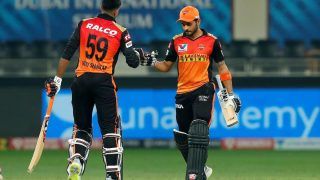