It was hard for the franchise to not qualify for the Playoffs, despite having the Orange Cap holder on their side - KL Rahul.

Kings XI Punjab could make big changes to their squad before the 14th edition of the Indian Premier League – which is not far away. After finishing sixth and missing out on a Top-Four finish, KXIP could take a few harsh calls. It was hard for the franchise to not qualify for the Playoffs, despite having the Orange Cap holder on their side – KL Rahul.

Reports suggest that the owners are likely to retain the pair of captain, KL Rahul, and Director of Cricket Operations, Anil Kumble, while Glenn Maxwell and Sheldon Cottrell – who did not live up to their potential may be released.

A source close to the owners spoke to PTI and said that the owners are happy with the duo and that they have identified the core group around which the team will revolve.

“The owners are happy with captain and coach. Rahul was exceptional with the bat and the team scripted a remarkable comeback in the second half of the season. Had that short-run not being called in the first game (against DC), the team would have been in play-offs,” the source told PTI.

“The good thing is a core group has been identified. Gaps need to be plugged in the middle-order where the team needs a power hitter and also a world-class fast bowler to support Shami.”

After having been placed last in the points table at the midway stage of the tournament, KXIP bounced back with five consecutive wins to raise their hopes of a Playoffs finish, but their hopes were crashed when they lost their last two games in the group stage.

Next season, they want to come back hard and give other franchises a run for their money. 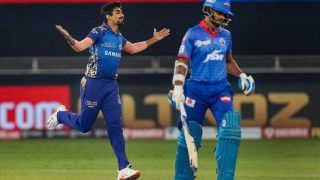 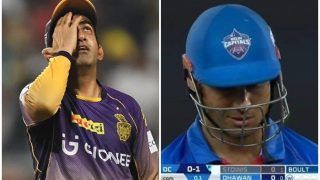 IPL 2020 Final, MI vs DC: Gautam Gambhir Picks Marcus Stoinis as Captain in His Fantasy Team, Gets Trolled After Capitals Opener Gets Bowled by Trent Boult in Dubai