Tripathi stood tall on the way to his fifth IPL fifty before Kolkata Knight Riders faltered in the back end of the innings to be bowled out for 167. 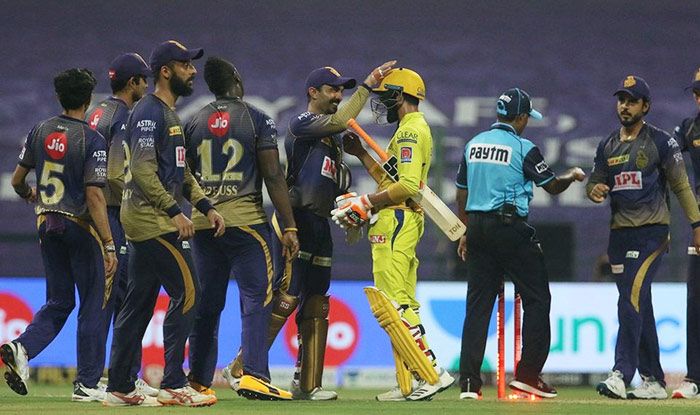 Rahul Tripathi celebrated his promotion to the top by striking a 51-ball 81 as Kolkata Knight Riders returned to winning ways with a 10-run victory over Chennai Super Kings in the Indian Premier League in Abu Dhabi on Wednesday.

Tripathi stood tall on the way to his fifth IPL fifty before Kolkata Knight Riders faltered in the back end of the innings to be bowled out for 167.

Having restored his confidence with a whirlwind 83 not out against Kings XI Punjab, veteran CSK opener Shane Watson picked up from where he had left to slam a 40-ball 50, his 21st in the lucrative league.

Watson feasted on the short-ball strategy of KKR bowlers in a 69-run partnership with Ambati Rayudu (30 from 27 balls).

Needing 78 runs in the last 10 overs, the CSK duo departed for addition of just two runs, while Mahendra Singh Dhoni, coming out to bat at No. 4, got out for 11.

Sam Curran hit 17 from 11 balls, but that was not enough as CSK fell short.

The win catapulted KKR to the third place in the table with three wins from five matches, while CSK remained at five with four points from six games.

Earlier, Chennai Super Kings staged a remarkable comeback as KKR lost three wickets in the last over with ‘birthday boy’ Dwayne Bravo removing two of them for an impressive 3/37.

Tripathi raced to his fifty in 31 balls to give KKR a solid foundation after Dinesh Karthik called it right at the toss.

At 93 for two at the midway stage, KKR looked set for a big score but Bravo struck after that.

Leg-spinner Karn Sharma (2/25), Shradul Thakur (2/28), Sam Curran (2/26) claimed two wickets each as the Mahendra Singh Dhoni-led side bounced back in the back-10 by taking eight wickets while giving away just 74 runs.

Dhoni picked up four catches, the last one being his best effort.

On a Sheikh Zayed Stadium pitch that seemed to slow down, Tripathi played a risk-free knock and maintained a healthy run-rate.

Karthik made a baffling decision to send Sunil Narine ahead of their best batsman, Eoin Morgan, at No. 4. However, Narine did his job with a nine-ball 17 before being dismissed by an excellent combined effort by a diving Ravindra Jadeja and Faf du Plessis.

Morgan started with a classical cover drive boundary but Curran cut short the with a bouncer that climbed in and took a faint edge behind the stumps.

Thakur, who had given the first breakthrough by dismissing an in-form Shubman Gill (11), claimed the big wicket of Andre Russell with a cross-seam short delivery as the KKR dazzler struggled to get going. 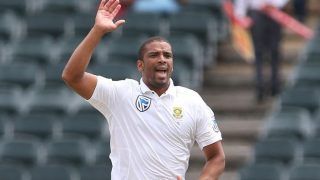 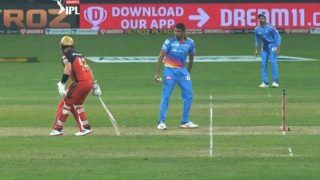