Flamboyant India batsman KL Rahul emerged as the winner of Orange Cap in IPL 2020. Rahul, who was leading Kings XI Punjab for the first team, slammed 670 runs in 14 matches at an average of 55.83. Delhi Capitals opener Shikhar, who failed to score big in the final against Mumbai Indians, finished second on the list with 618 runs in 17 matches.

Rahul was in sublime form throughout the campaign as the added captaincy responsibility made him play more sensible cricket at the top-order. The 28-year-old hit a century and five fifties during the 2020 edition. It was Rahul’s fourth season on the trot when he slammed 500 plus score for his team.

In IPL 2019, Rahul was the runner-up on the list with 593 runs as David Warner grabbed the Orange Cap after scored 692 runs in the season.

He also managed to breach the 2000-run mark in IPL, and become fastest to achieve the feat surpassing none other than the great Sachin Tendulkar. Rahul took just 59 innings to reach the landmark figure.

With a century against Royal Challengers Bangalore, Rahul slammed the highest-individual score by an Indian in IPL history. He played an unbeaten knock of 132 runs off just 69 balls which is also 4th on the list of overall highest individual scores in tournament’s history.

The race for the Orange Cap stretched to the summit clash of Indian Premier League, where Delhi Capitals faced Mumbai Indians. Dhawan was 67-run behind Rahul before the match, but MI’s Jayant Yadav castled him on just 15.

After finishing sixth on the points table in his first season as skipper, KL Rahul accepted the mistakes his team committed in the 2020 season.

“We were patchy at times with the bowling and the batting didn’t come together in the first half, we started doing well in the second half and really proud that we gave ourselves an opportunity to come into the top four. Unfortunate that today and yesterday’s game didn’t go our way but proud of the team. Hopefully, come back stronger next year and forget this year. If you look back at it, we had a lot of games in our pocket but we couldn’t get over the line. We only have ourselves to blame. At the start of the tournament, that short run has come back to bite us very hard. We all make mistakes and we have made a few this season. We need to accept it, learn from it and come back stronger,” Rahul said after KXIP’s last league game against Chennai Super Kings. 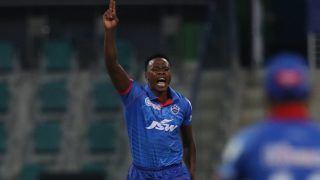 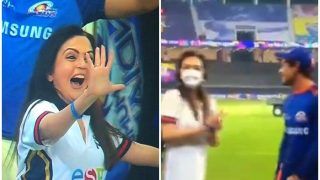