Table-toppers MI are on course to make it to the play-offs but the game is crucial for Rajasthan, who are languishing at seventh place and a loss would mean a step closer to elimination. 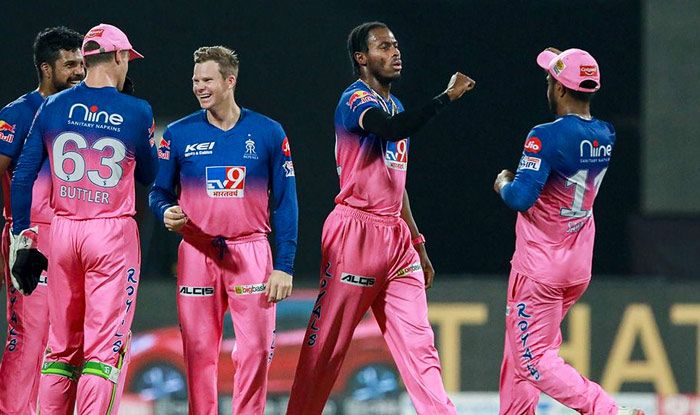 Skipper Rohit Sharma’s fitness would be a concern for defending champions Mumbai Indians as they aim to continue their dominant run, while a depleted Rajasthan Royals would hope to stay afloat when the two teams clash in an IPL match in Abu Dhabi on Sunday.

Mumbai roared back to form by crushing Chennai Super Kings by 10 wickets on Friday after their Super Over loss to the Kings XI Punjab. RR, on the other hand, lost to the Sunrisers Hyderabad by 8 wickets in their last game.

Table-toppers MI are on course to make it to the play-offs but the game is crucial for Rajasthan, who are languishing at seventh place and a loss would mean a step closer to elimination.

Questions remain on whether Rohit, who suffered a hamstring injury and missed the game against CSK, will be available on Sunday for MI.

But Rohit’s absence was hardly felt on Friday as the young Ishan Kishan (261 runs) launched into CSK bowlers with gusto.

So did Quinton De Kock (368 runs), continuing his sublime run. In the event of Rohit missing out on Sunday as well, the two will open again.

With their big-hitting ability, the Pandya brothers and Pollard are a threat to any opposition.

The two have accounted for 33 wickets, while Australian Nathan Coulter-Nile (2 wickets) has supported the duo.

For Rajasthan, the biggest worry is the form of skipper Steve Smith, who has made 265 runs from 11 matches and a mis-firing top-order.

In the course of the season, Rajasthan have made constant changes at the top and that has hurt them badly.

The team does possess quality players like Ben Strokes (110 runs), Sanju Samson (272 runs) and Jos Buttler (271 runs), but the trio has failed to deliver collectively.

With two crucial points at stake, the management would be hoping that the three click on Sunday, something which has not happened this season.

All-rounder Rahul Tewatia (224 runs and 7 wickets) has been a revelation with both the bat and ball, but too much is being left for him to achieve.

On the bowling front too, RR lack consistency.

Only Jofra Archer (15 wickets) has been effective with his pace but has failed to get support from fellow pacers Karthik Tyagi, Jaydev Unadkat and Ankit Rajpoot, who have 12 wickets combined. Spinner Shreyas Gopal has leaked 343 runs from 11 games.

Stokes, as a bowler, has also been unimpressive and has failed to get a single wicket so far.

RR head coach Andrew McDonald said the team has not been able to be at its best and it chances of making the play-offs are fading.

“Our destiny is probably in other teams’ hands now and as for us we need to keep believing, our challenge is seven wins and we’ll try to give our best to achieve that,” he conceded. 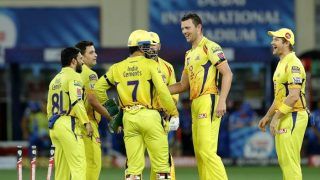