KKR will also be all fired up after their comprehensive win over the formidable Delhi Capitals and would be desperate to keep the winning momentum going. 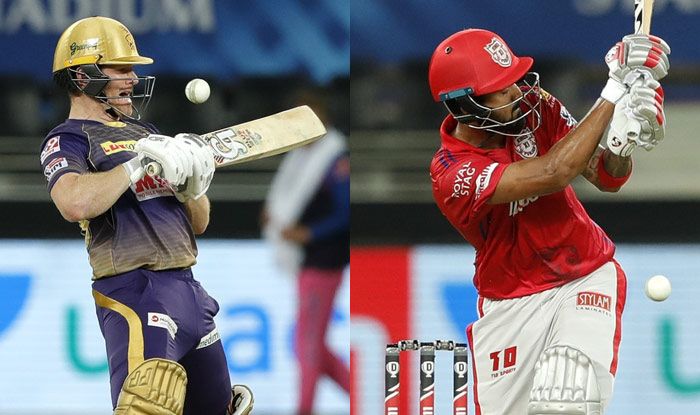 Belatedly getting into the groove with four wins on the trot, Kings XI Punjab will hope to keep the juggernaut rolling when they take on a resurgent Kolkata Knight Riders in a mid-table IPL clash in Sharjah on Monday.

KXIP are placed fifth on the points table having won five games from 11 outings, while KKR are a notch better, occupying the fourth spot with 12 points.

A win for Punjab will elevate them to the top four, while a victory for KKR will take them to 14 points, the same as the top three teams in the contest, strengthening their playoff chances.

With the race to play-offs heating up, both sides know the value of a win on Monday.

KXIP had roared back to form, snapping their five match losing-streak with a win over third-placed Royal Challengers Bangalore. Since then the KL Rahul-led side has not looked back, defeating the top two sides in the tournament — Mumbai Indians and Delhi Capitals — besides Sunrisers Hyderbad.

However, they must also win their remaining matches for a shot at the playoffs.

KXIP’s bowling has been their weakest link. Barring Mohammad Shami and Ravi Bishnoi, none of the bowlers have inspired confidence, especially in the death overs.

But when their batting unit failed to put runs on the board on Saturday, the KXIP bowlers produced an excellent display of death over bowling against Sunrisers Hyderabad. They defended 126 by taking five wickets in the final two overs to eke out an incredible win.

KXIP have the in-form batsmen in skipper Rahul, who is the leading run scorer of the tournament, and Mayank Agarwal. The presence of flamboyant Chris Gayle has inspired the team, and since his inclusion in the playing XI, the Punjab-based outfit has not lost a single game.

Nicholas Pooran, too, has looked dangerous but the shaky form of Glenn Maxwell remains a concern.

Agarwal missed the match against SRH due to a bruised knee but the opener is expected to be back for the clash against KKR.

KKR will also be all fired up after their comprehensive win over the formidable Delhi Capitals and would be desperate to keep the winning momentum going.

After the embarrassing eight-wicket loss to Royal Challengers Bangalore, the two-time champions did well to regroup and inflict a 59-run defeat on the Capitals, who occupy the second spot in the points table.

Promoted to open the innings, Nitish Rana revelled in his new role and smashed a whirlwind 81 while sharing a game-changing 115-run stand with Sunil Narine (64). Leg- spinner Varun Chakravarthy then tore apart the DC middle-order with a five-wicket haul.

If KKR wish to seal a play-off spot, their batsmen need to step up, shrug off their inconsistency and win matches for the team. Barring Rana (81) and Narine (64), everyone else failed against DC.

The KKR bowlers have done well to fashion victories and the addition of Lockie Fergusen has only strengthened the pace attack, which also includes Australian Pat Cummins. 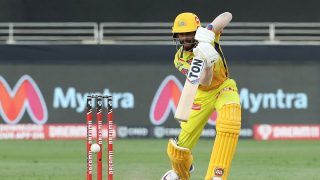