During the high-octane game, tempers flared and Kohli resorted to negative tactics as well like walking up to Surya from covers to give him a staredown. 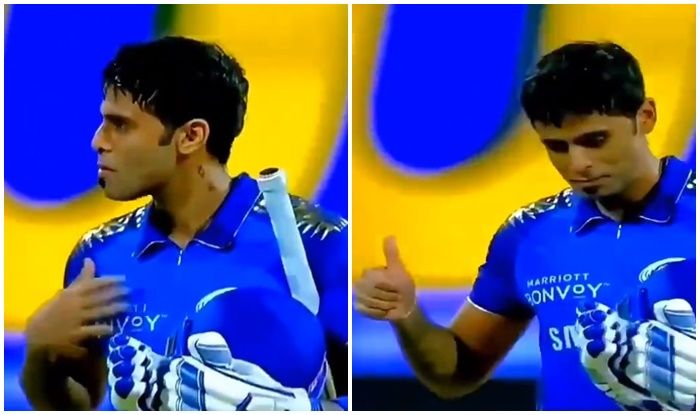 Suryakumar Yadav is winning hearts for his gesture to Royal Challengers Bangalore captain Virat Kohli after his match-winning 79* off 43 balls in Abu Dhabi on Thursday that helped Mumbai Indians win by five wickets and take a step closer to the playoffs.

During the high-octane game, tempers flared and Kohli resorted to negative tactics as well like walking up to Surya from covers to give him a staredown. All of that did not bother the MI batsman as he took the defending champions over the line in a 165-chase. What caught the attention of social media was Surya’s reaction to Kohli after the match was done and dusted.

Surya looked at Kohli and asked if everything was alright with him with a thumbs up. Surya’s breathtaking knock comes a day after he did not get picked by the selectors for the Australia tour despite his consistent performances.

This Game was an Answer to all those selectors ? He is on a mission My heart goes out to surya ? what a player ? #SuryakumarYadav #Virat #kohli #surya #mi #RCB #MIvsRCB #IPL #BCCI #Australia #selectdugout @IPL @mipaltan @RCBTweets @surya_14kumar pic.twitter.com/gwCxce5Y5A

Surya’s knock also earned him the player of the match. He said that he was happy to finish the game and revealed how meditation helped him. The MI batsman also said that he had worked hard on his game during the lockdown.

“I was looking to finish the game. I was looking to learn what my game is. Happy to have finished it. A lot of meditation has helped. One over cover to Chahal and the back foot punch off Steyn were my favorites. I have worked on my game during the lockdown,” he said at the presentation.

With the win, MI becomes get closer to playoffs. RCB and Delhi Capitals need a win to make it to the last four as Kolkata and Punjab are engaged in a tough fight for a top-four finish. 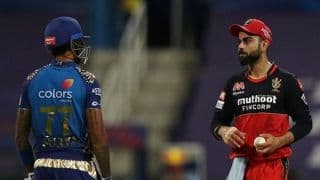