IPL 2020, MI vs RCB: Virat Kohli Faces Backlash on Twitter For His Unnecessary Stare-down With Suryakumar

Royal Challengers Bangalore skipper Virat Kohli’s stare at Suryakumar Yadav at the end of the 13th over on Thursday in Abu Dhabi did not go down well with fans who lashed out. The game was hanging in the balance when Kohli resorted to negative tactics to intimidate Suryakumar and force him into playing a false shot and perish.

But, that did not happen as the MI batsman played a breathtaking knock to help the defending champions win the match by five wickets and take a step closer to playoffs. He scored a match-winning 79* off 43 balls.

Here is how fans reacted to Kohli’s negative tactics during the match:

Absolutely disappointed with you @imVkohli.Not the kind of behavior expected from a champion player and legend. Abuse and stair but not give credit to @surya_14kumar in post match presentation. #SuryakumarYadav pic.twitter.com/d5sQPXnGdr

Shameful act by virat kohli and no reason for sledge to Surya Kumar Yadav #SuryakumarYadav pic.twitter.com/y4mtnzq2j5

Kohli came to sledge SuryaKumar Yadav during the break and Surya left like a gentleman. This shows how desperate Virat is to win this IPL. Didn’t expect this from a player like Virat Kohli.#MIvsRCB pic.twitter.com/AezwF3gyuG

For all those thinking virat kohli did nothing ??

He is abusing surya and you guys expect him to not even stare at Kohli ?

“It was a strange phase of batting (the last five overs of the RCB innings). Everything went to the fielders and these kind of things happen. They bowled in good areas in the last 5 overs and stopped us 20 runs short. We were in the game until the 17th over and that was a decent effort by our bowlers,” Kohli said at the presentation. 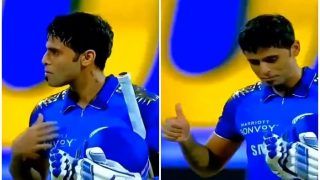 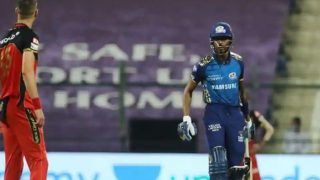