The match will be played three days ahead of the first IPL game. Fans could soon see their heroes MS Dhoni, Virat Kohli and Rohit Sharma play together ahead of the 13th edition of the Indian Premier League (IPL). The IPL Governing Council earlier this week decided to organise a charity game – on the lines of NBA All-Star Games – to be played three days ahead of the tournament opener.

The concept is reportedly a brainchild of BCCI President Sourav Ganguly and IPL chairman Brijesh Patel.

What is the All-Star concept? Is it new to cricket?

Like in NBA, the All-Star concept will see the best of the best players would come together to form a team, including marquee players. The high profile game is not an alien concept in cricket. In the past ICC have organised Asia XI vs World XI and similar All-Star matches, primarily in the early 2000s. This would make things exciting from the point of view of fans who will get to see their favourites, all featuring in one game.

How will the two sides be divided? Who will lead the sides?

According to reports, Group 1 could see players from Chennai Super Kings, Royal Challengers Bangalore, Sunrisers Hyderabad and Mumbai Indians. This could be the South-West side and would in all probability be led by MS Dhoni. Group 2 will see the remaining franchises, Kolkata Knight Riders, Kings XI Punjab, Delhi Capitals and Rajasthan Royals. This could well be the North-East combination, where Steve Smith and KL Rahul could emerge as the frontrunners to be the captain.

The 13th season of the Indian Premier League is set to begin on March 29, IPL Governing Council chairman Brijesh Patel confirmed. The tournament final will be held on May 24 in Mumbai.

“There will be no change in the timing of IPL night games. It will start from 8 pm like earlier years. There was discussion about 7:30 pm but it’s not happening,” BCCI president Sourav Ganguly told reporters after the meeting. 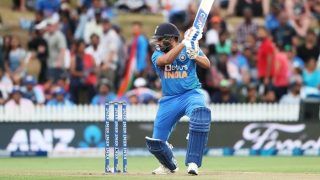