Led by a 39-year-old Mahendra Singh Dhoni, CSK players' average age is a little over 30 and the team is often referred to as the league's 'Dad's Army'. 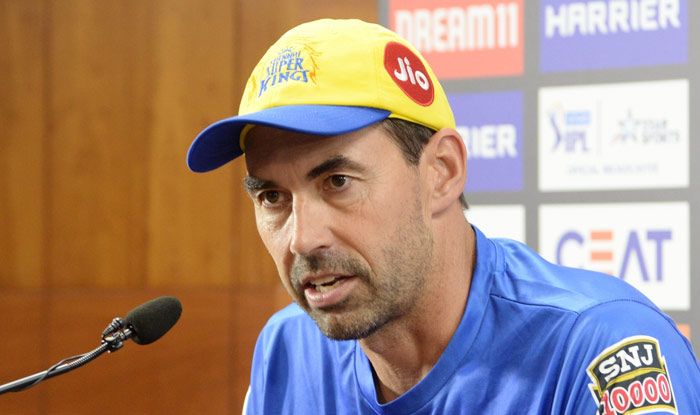 Chennai Super Kings head coach Stephen Fleming demanded more intensity from his ‘ageing’ team’s batsmen as he grappled for answers to explain what has so far been a disastrous IPL campaign this season. CSK suffered their fifth loss in seven matches, going down by 37 runs to Royal Challengers Bangalore on Saturday. Led by a 39-year-old Mahendra Singh Dhoni, CSK players’ average age is a little over 30 and the team is often referred to as the league’s ‘Dad’s Army’.

“If we don’t get a good start at the top with our two overseas players, we’re falling into a hole. So we’re looking for positive solutions. What I’d like is a little bit more intensity through the middle overs,” Fleming said in the post-match press conference.

“We’ve got plenty of batting, and while we’re recovering pretty well, we are just ending up with too much to do at the back. So, trying to release the shackles and just allow the hitters towards the end a little bit more freedom,” he added.

Asked if it was the most challenging period of his tenure and whether the side had a chance of making the play-offs, Fleming said “it’s getting further away if we keep playing like this.”

“If you look at a couple of other factors, this one is an ageing team. Also, the conditions…the spinners at this stage are playing a small role but still not playing the substantial role we are used to.

“We are looking for ways to compete and change the style of play, given we have been so consistent with our selections. We are certainly scrapping…trying to find a way, it is a bit foreign and the results are showing,” Fleming admitted.

He harped on more intent after the batsmen appeared to struggle against the disciplined RCB bowling.

“The other point is we’ve chased every game and the wickets are getting slower. It’s not easy, once you lose wickets… But I’d love to see more intent. It’s not that you can just keep swinging. There is some challenging bowling but intent is what we’re after,” Fleming said.

The New Zealander said despite Ambati Rayudu and debutant N Jagadeesan getting some runs, batting remains major a concern and seems to lack a little bit of confidence.

“When you play well, usually your top 3-4 batsmen get substantial score, like Virat Kohli today. Unfortunately, we’re not having games where it’s working for us. We’re lacking a little bit of confidence.”

He said paceman Deepak Chahar’s performance was one of the positives from the game against RCB, adding the challenge would be to back it up.

“Today was a great response to a below-par performance in the last game. He responded beautifully, his challenge again is to back that up” said Fleming of Chahar, who took the wicket of Aaron Finch while giving away only 10 runs in three overs.

Meanwhile, Chris Morris who starred with the ball for RCB with 3 for 19 from 4 overs, said he was happy to make any contribution to the team.

“Felt like it was my Test debut again. Happy to get on the park first of all. Any contribution I can make to the team is very satisfying. I have an injury and the medical team has been absolutely excellent,” he said.

The South African said bowlers did very well and praised them for sticking to the plan.

“I think it has been an interesting tournament so far especially for the bowlers. The pitches have changed… the dew is a factor. The guys bowled really well today, they stuck to their guns and stuck in there as long as they could,” he said.

Morris lavished praise on skipper Virat Kohli, whose stupendous unbeaten knock of 90 laid the foundation for RCB’s score of 169 for 4.

“Virat Kohli was incredible. The way Virat played, the way he manipulated the field. To get 90 out of that score is quite exceptional…we have got a leader who wants to win and that helps the team,” the South African all-rounder signed off. 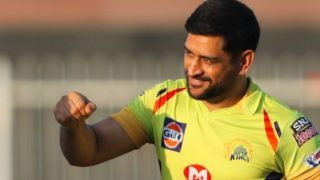 IPL 2020 News: MS Dhoni Says Batting Main Worry For Chennai After Loss Against Bangalore, Says 'Too Many Holes in The Ship' 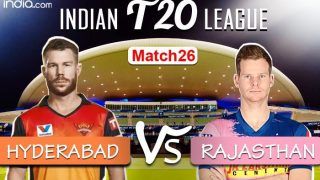