Capitals will hope Shaw takes up the responsibility and get them off to good starts. Young Prithvi Shaw took the world by storm when he was brought onboard by Delhi Capitals in 2018, since then he has shined in patches and the consistency has been missing. Yet, there was no dip in the confidence of the pint-sized dynamo, who always looked to take on the challenge and look to get an upper-hand against the bowler.

This year, he looks in a different frame of mind as he received praise from Capitals head coach Ricky Ponting – who will be marshalling the troops for the second time. He will be playing his third IPL, and expectations now would be high.

It would be interesting to see if he can win games for the Capitals or not and the kind of form he will strike. Capitals will hope Shaw takes up the responsibility and get them off to good starts.

During the nets in UAE, Shaw smashed a pacer straight, which was an audacious shot, and Ponting – who was near Shaw – somewhere around gully – said, ”Well played, good shot’.

No arguments there, Punter 😉

The Capitals are a strong unit with new inductees – Ajinkya Rahane and Shikhar Dhawan – joining the franchise. They are batting heavy, but do not have the perfect bowling attack, apart from Kagiso Rabada.

Meanwhile, Ponting and Ravichandran Ashwin have already had a word with each other on the mankading issue.

IPL 13 starts from September 19 and the BCCI is yet to announce the fixtures. According to reports, it was supposed to be announced on Friday, but that has not happened. 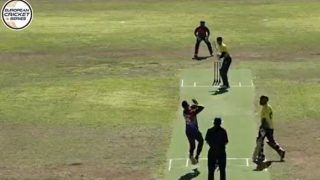 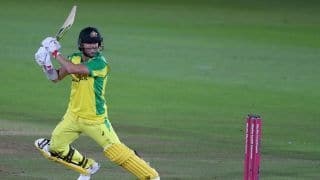