IPL 2020: Rahul Tewatia was out after 53 off 31, an innings during which he clobbered seven sixes. 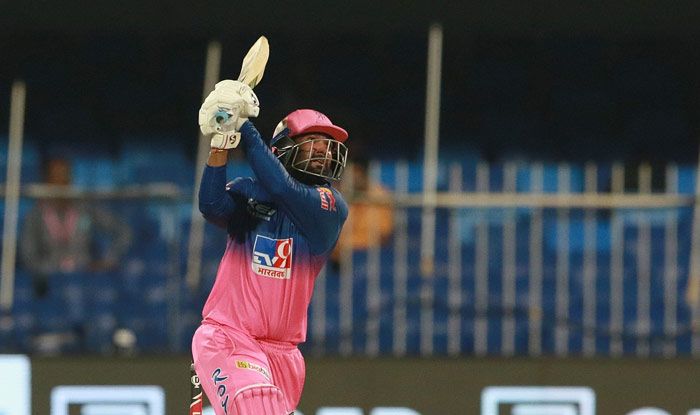 Rajasthan Royals allrounder Rahul Tewatia scripted a dramatic turnaround on Sunday night in Sharjah against Kings XI Punjab turning his own and team’s fortunes to break the record for the highest successful chase in IPL history.

After having conceded 223/2, RR started on a solid ground despite losing opener Jos Buttler inside Powerplay overs. Captain Steve Smith scored 50 off 27 and in-form Sanju Samson smashed 85 off 42 to keep their side in the hunt.

However, as the death overs approached, the match quickly began slipping from their grasp.

They needed a mammoth 84 off 30 when Samson waded into part-timer Glenn Maxwell with three sixes. But Mohammed Shami had him out caught behind the very next over leaving RR camp mighty disappointed.

At the other end, Tewatia was struggling to get going. He plodded to 17 off 23 and with RR needing 51 off 18, the contest was tilted in KXIP’s favour.

And then Tewatia made the star turn blasting five sixes in an over of Sheldon Cottrell bringing down the equation to 20 off 18. Jofra Archer struck two consecutive sixes off Shami in the 19th over before Tom Curran sealed the victory with a four as RR set record for the highest successful chase in IPL history .

Tewatia was out after 53 off 31, an innings during which he clobbered seven sixes.

Following his heroics, Tewatia’s three-year-old tweet when he used to represent KXIP went viral in which he emphasises on keeping the faith and never losing hope, went viral.

“Keep the faith. The most amazing things in life tend to happen right at the moment you’re about to give up hope,” the tweet from July 2017 reads.

When asked about his innings after the match, the 27-year-old said, “The dugout knows I can hit the ball long. I knew I had to believe in myself. It was a matter of one six.”

“Five (sixes) in the over, that is amazing. I tried to hit the leg-spinner, but unfortunately I couldn’t. So I had to hit other bowlers. Now I am better. The worst 20 balls I have ever played. After then I began to hit so I kept going,” he added. 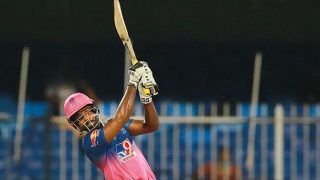