After Saha's heroics, Shastri made the statement for India's Test wicketkeeper - someone he has worked closely with. India head coach Ravi Shastri finds himself in the firing line again for calling Wridhiman Saha ‘the best gloveman in the world’ after his blistering 87 off 45 balls against Delhi Capitals in a must-win game a couple of days back. Hyderabad eventually won the match comprehensively by 88 runs to stay in the race for the playoffs.

After Saha’s heroics, Shastri made the statement for India’s Test wicketkeeper – someone he has worked closely with. Shastri is currently in UAE from where he along with the entire squad will leave for Australia for a two-month-long series.

Fans slammed Shastri for not mentioning Dhoni, and some also asked if he has forgotten the former captain.

Sir are you including Ms also in that list 😀

Jab tak #MSDhoni kahi bhi cricket khel raha hai no one i repeat no one is the best wicket keeper in the world. Always was is & will be the #best

What about Thala Dhoni da.. https://t.co/M38CKEGc8O

One more performance and we might see this glove man in our t20 team…. https://t.co/AUGNeee6tv

Doni – who has scored 199 runs in 12 matches thus far – has not been in the best of form lately in the IPL and that has affected the Chennai side – who became the first side to be out of the playoffs race this season in the IPL. It also was the first time Chennai Super Kings – who have won the crown thrice – have not made the last four. 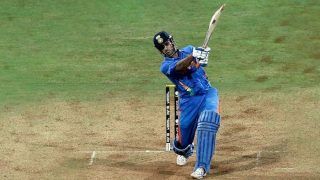