IPL 2020: Ricky Ponting, who was in the dug-out was seen smiling as Ravichandran Ashwin let Aaron Finch continue with a warning. 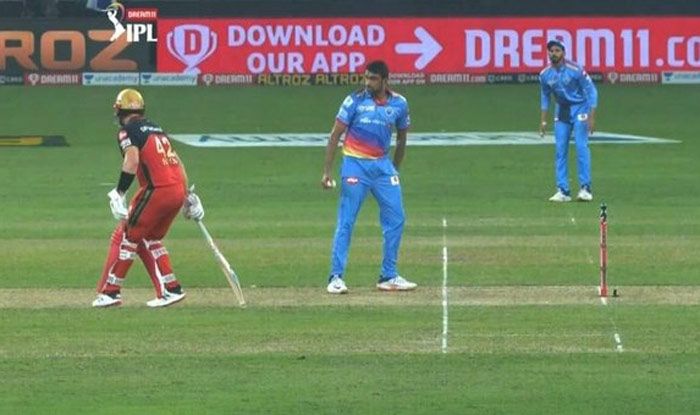 Delhi Capitals offspinner Ravichandran Ashwin has warned Royal Challengers Bangalore opener Aaron Finch about not backing up too far after sparing him during their IPL 2020 match in Abu Dhabi on Monday.

During an over of Ashwin, RCB’s fourth, Finch, who was at the non-striker’s end, was well out of his crease before Ashwin had completed his bowling action. However, he didn’t dislodge the bail and just gave a warning to the Australian.

Ashwin later took to Twitter asking Finch to not blame it later if he backs up too far and he runs him out.

“Let’s make it clear !! First and final warning for 2020. I am making it official and don’t blame me later on. @RickyPonting #runout #nonstriker @AaronFinch5 and I are good buddies btw #IPL2020,” Ashwin wrote.

Last season, when Ashwin was playing for Kings XI Punjab, he had dismissed Rajasthan Royals batsman Jos Buttler in the manner, an incident that polarised opinions.

Ahead of the season, DC coach Ricky Ponting had said he won’t allow anyone to dismiss an opposition batsman in such manner. Later on, Ashwin and the Australia legend spoke on the issue after the team arrived in the UAE.

Ponting, who was in the dug-out was seen smiling as Ashwin let Finch continue with a warning.

Ponting, who has been against such dismissal calling it against spirit of cricket, though agrees with Ashwin that a batsman should be penalised for gaining an unfair advantage.

Ashwin has even suggested a rule change if a batsman ends up backing too far.

“Make it a free ball for the bowler. If the batsman gets out of that ball, the batting team will be docked 5 runs. Free hit adds to the drama for a batter, let’s give a chance to the bowlers too,” Ashwin had tweeted. 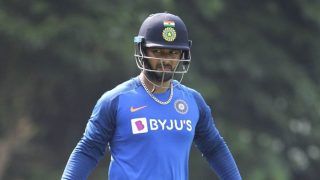