It was unintentional and that is understood as cricketers are still not used to the new norm amid the pandemic - where saliva cannot be used on the ball. 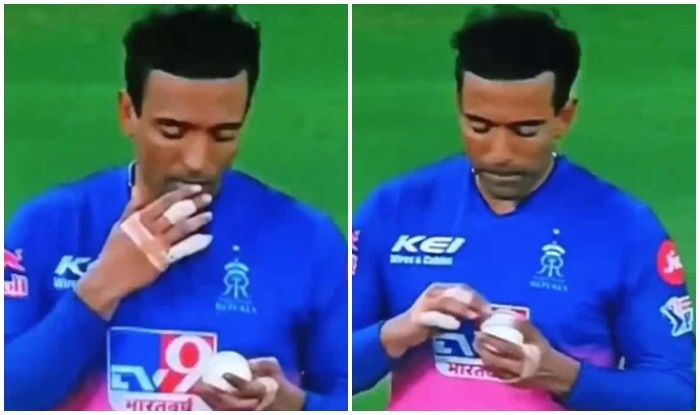 Rajasthan Royals cricketer Robin Uthappa was spotted applying saliva on the cricket ball during the IPL game against his former side Kolkata Knight Riders in Dubai on Wednesday. Uthappa did this after the fifth ball off the third over when Sunil Narine looked to clear mid-on. The catch was dropped by Uthappa, who then applied saliva before passing the ball to the bowler.

It was unintentional and that is understood as cricketers are still not used to the new norm amid the pandemic – where saliva cannot be used on the ball.

Eventually, thanks to an all-round show by the Knights – they beat the Royals by 37 runs. The Royals suffered their first defeat of the season.

Defending 175, the young KKR bowlers – Shivam Mavi and Kamlesh Nagarkoti – rose to the occasion picking two wickets apiece, after Cummins removed Smith early on in the piece. Mavi also bagged the player of the match for his spell. Apart from Tom Curran’s 54* off 36 balls, there was not much to write about the Royals.

“When I started bowling, it was seaming. So I thought I’ll stick to normal lines and lengths. Before the game we thought it would be flatter. So I just stuck to a length. Have played against these big stars before, but I knew it wasn’t coming onto the bat,” Mavi said after the match.

With the win, the Knights zoom to the second spot in the points table, with Capitals on top.

“Wouldn’t call it a perfect game. Lot of areas we need to improve. The way Gill batted, Mavi bowled, Russell batted. Also the youngsters going after the high catches. Archer bowled really well. Wasn’t that easy a wicket to bat on. Couple of guys made it look better than it was. These boys, the journey they’ve been through when they’re not playing, is a hard one. Putting runs on the board is what we thought was the best way to go forward on this ground,” Karthik said after the match. 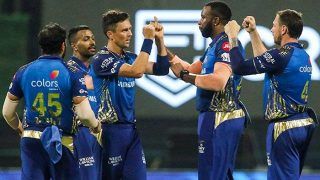 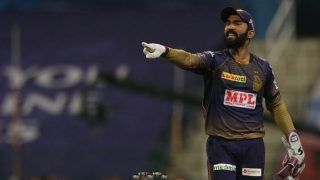