IPL 2020: Shreyas Iyer on Captaining Ajinkya Rahane, Ravichandran Ashwin at Delhi Capitals, Says I Can Reach Out to Them When I Want to

Iyer said that the senior players can help him out with the decision making in the middle.

Shreyas Iyer will be captaining Delhi Capitals’ side that has a number of seniors from the Indian cricket team. Apart from Shikhar Dhawan, who joined Delhi franchise last season, India’s Test vice-captain Ajinkya Rahane and ace spinner Ravichandran Ashwin will also be a part of the team in the upcoming season of the Indian Premier League (IPL) which will be played in the UAE starting on September 19.

In a recent interview, the 25-year-old Iyer stated that he is happy with the inclusion of veterans Ashwin and Ajinkya Rahane in the team. He believes they will add depth to the DC squad and will help them in rotating the playing xi according to the opposition and conditions.

“Ashwin and Rahane are both individuals who are highly knowledgeable as players and have captained IPL teams before. So for me, this is an opportunity to use as a captain. I can reach out to them when I want to, and share and discuss with them,” Iyer said in a video on the BCCI’s website.

Both Ashwin and Rahane have captained IPL teams in the past. Rahane was transferred to Delhi Capitals (DC) from Rajasthan Royals (RR) and Ashwin was brought from Kings XI Punjab (KXIP).

“I feel blessed to be working with someone as Ricky Ponting’s stature so closely. He is such a legend and makes everyone from the most senior one to the newest guy feel at home and as a part of the unite,” Shreyas said.

Shreyas and Ponting were credited for the team’s run to the playoffs last season. It was the first time in seven years when Delhi had progresses beyond the group stages. 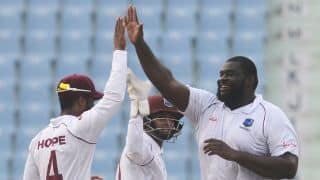 Remembering The Journey From Sonu to Suresh Raina