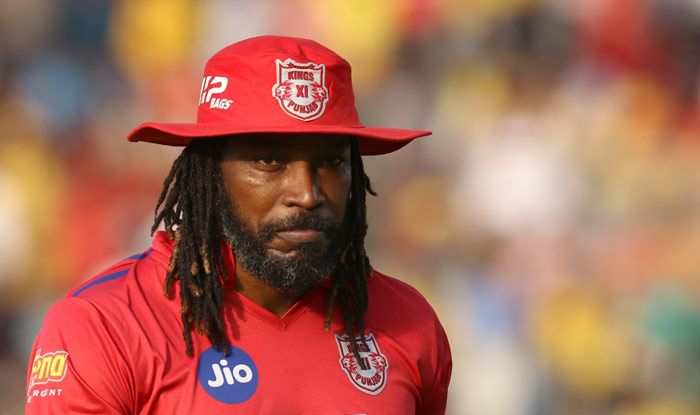 Kings XI Punjab were all set to play their talismanic opener Chris Gayle against Sunrisers Hyderabad in Dubai today. However, Gayle had food poisoning which rendered him unfit to play, KXIP head coach Anil Kumble revealed.

“Chris Gayle was going to play today’s match but he is sick. He is down with food poisoning that’s why he isn’t in playing eleven,” Kumble told commentators during the match.

Gayle is yet to get a game in the ongoing IPL 2020 which is being played in the UAE.

With Australian Glenn Maxwell not being able to perform at his best, KXIP management in all likelihood would have replaced him with Gayle in their playing XI.

In five innings, Maxwell has managed a grand total of 41 runs.

Gayle’s absence from the eleven had raised eyebrows with KXIP batting coach Wasim Jaffer revealing they are planning to play the big-hitting Jamaican before matters slip out of their hands.

“It should happen soon, Jaffer had told PTI during an interaction. “As I said, it needs to happen sooner than later. We don’t want to bring them (Gayle and Mujeeb-ur-Rahman) when every game is a must win game. Hopefully, we will have those guys featuring soon. Chris looks very much ready and is keen to get on to the park, he has been training really well and has looked really good in the nets.”

KXIP have lost four of their first five matches of the season to be placed last in the points table. 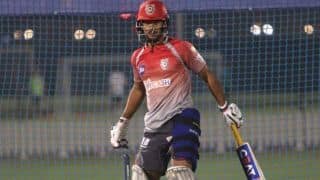