Raina, as a mark of respect instantly worshipped his bat in a heartwarming gesture. 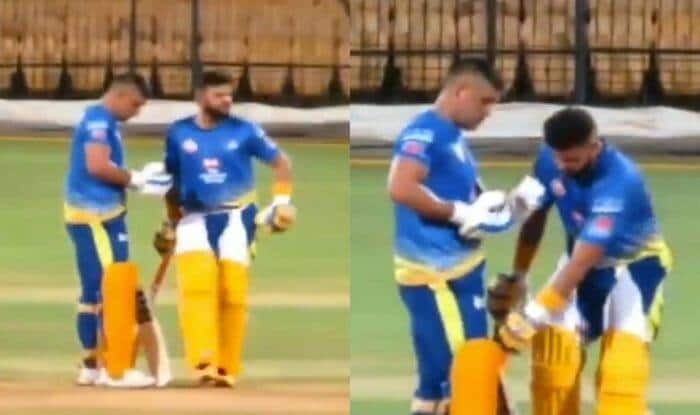 Former India skipper MS Dhoni commands massive respect from not only his teammates but also his opponents.

A fortnight ahead of the Indian Premier League (IPL) season 13 when Chennai Super Kings (CSK) was having a practice session at Chepauk, middle-order batsman Suresh Raina’s foot unintentionally nudged Dhoni’s bat with his foot while they were discussing strategies in the middle of the pitch.

Raina, as a mark of respect instantly worshipped his bat in a heartwarming gesture.

Raina Accidentally Stepped on MSD’s Bat..Once He Noticed, He Worshipped his Bat.

The 38-year-old cricketer would be making a comeback to cricket after eight months. The CSK skipper was on a sabbatical after India’s heartbreaking loss against New Zealand in the 2019 ICC Cricket World Cup semi-finals.

Noy long ago, Dhoni spoke about how the franchise changed him as a human being and helped his game as well.

“This journey started in 2008, CSK has helped me improve in everything whether it was being a human being or being a cricketer, handling situations that are tough both in and out of the field and how to be humble once you are doing well,” said Dhoni while speaking on Return of the Lion show on Star Sports Network.

CSK with three IPL trophies in their cabinet is the second-most successful franchise in the history of the league after Mumbai Indians. Last year, CSK played familiar foes MI in the summit clash and lost the game.

In 2020, the two finalists will kickstart the tournament on March 29 and it promises to be a mouthwatering clash. 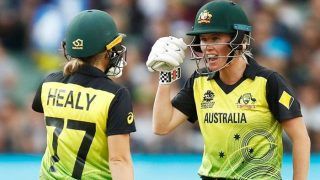 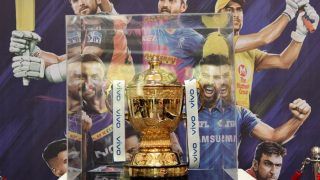 IPL 2020 Should be Played Behind Closed Doors if Unavoidable Amid Corona Scare: Govt