With Australian legend Ricky Ponting helping plan things to perfection along with a stellar squad led by Shreyas Iyer, Delhi have every right to hope they can repeat and better the performances of 2019.

Strengthened by the inclusion of star players R Ashwin and Ajinkya Rahane, Delhi Capitals (DC) will be eyeing their maiden Indian Premier League (IPL) trophy. Among the eight original franchises, DC remain the only team not to play an IPL final.

The 25-year-old has been at the helm of the Delhi Capitals since 2018, when he took over halfway into the tournament, replacing Gautam Gambhir. Iyer’s elevation to the leadership role has coincided with a sharp turnaround in fortunes, for both him and DC. He’s now a regular in India’s ODI and T20I sides courtesy a brilliant IPL 2019 in which he scored 463 runs in 16 innings with three fifties.

The Australian, who had coached Mumbai Indians to their second title in 2015, replaced Paddy Upton whose contract as DC’s head coach wasn’t renewed. Ponting’s appointment turned out to be a fine one as DC won their first-ever playoff game when they defeated Sunrisers Hyderabad last year.

The combination of Iyer, with Ponting as head coach, and Sourav Ganguly as mentor, served DC well. They just had just two victories in their first five matches. By the end of the league phase, they bagged 18 points and became the second team to qualify for playoffs. DC, who were at the bottom of the table in IPL 2018, finished third after losing to Chennai Super Kings (CSK) in Qualifier 2.

Rishabh Pant – He had a superb IPL 2019, smashing 488 runs in 16 matches at a strike rate of 162.66. The upcoming event will be an opportunity for Pant to further showcase his talent and cement his spot in India’s first-choice XI in T20 Internationals.

Kagiso Rabada – He was the second-highest wicket-taker – 25 scalps at an economy rate of 7.82 – last season. Rabada will once again be Iyer’s go-to man because of his raw pace, accuracy and ability to strike at crucial intervals. The 25-year-old South African’s fitness, however, remains a concern. He missed a few IPL games in 2019 with a back niggle.

From bagging a wooden spoon in 2018 to performing outstandingly well the following season, DC are on track to forming a formidable outfit. Another top-3 finish is surely on the cards. 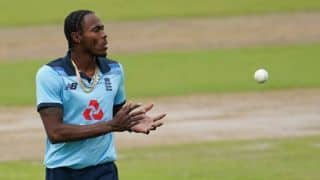 England Have Not "Forgotten About Black Lives Matter" Campaign: Archer After Holding Criticism 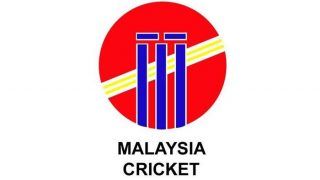