CSK were clinical in their approach as they brought an end to their winless streak in IPL with a commanding win over Kings XI Punjab on Sunday in Dubai. Chasing 190 to win, CSK openers Shane Watson and Faf Du Plessis were at their very best bringing all their experience to the plate. The win will give the franchise a lot of confidence going forward in the long tournament. Watson back in form is a huge bonus for the side. From a Kings XI Punjab point of view, they posted 178, but that was not good enough against an experienced side like Chennai. CSK eventually won the match by 10 wickets.

With the win, CSK ends its winless streak and move to the sixth spot as KXIP slips to the bottom place. Mumbai Indians retain the top spot after a win over Sunrisers Hyderabad on Sunday. Delhi Capitals are at No 2 and are followed by RCB – who have a chance to regain the numero uno spot with a win over the Capitals tomorrow.

KL Rahul – with yet another fifty – moves to the top of the Orange Cap list surpassing his opening partner Mayank Agarwal – who missed out against CSK and slipped to the third spot. CSK’s Faf Du Plessis moves to the second spot in the race for the Orange Cap, while Rohit Sharma and David Warner make up for No 4 and 5.

Yuzvendra Chahal is the current Purple Cap holder with eight wickets from four games. Kagiso Rabada, Mohammad Shami and Trent Boult – who have the equal number of wickets – are at No 2, 3, 4 respectively, while James Pattinson zooms to the No 5 spot. It is still early days in the league and many changes are bound to take place. 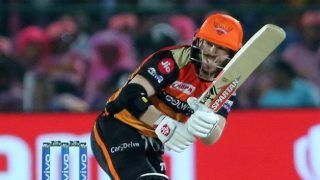 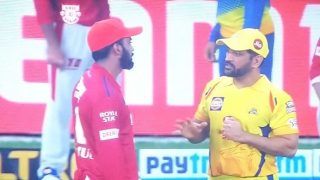