It was not a good night for RCB and Kohli personally, who scored one run and dropped two easy catches off his opposite number twice.

Bollywood star Zareen Khan lashed out at former India cricket icon Sunil Gavaskar over his sexist remarks on Virat Kohli on Thursday after RCB lost the match against Kings XI Punjab. It was not a good night for RCB and Kohli personally, who scored one run and dropped two easy catches off his opposite number twice.

Zareen took to Twitter and referring to Gavaskar’s comment as distasteful, she asked has his wife ever been blamed if he failed in a match. She also said that she does not remember Anushka being praised for his good performances.

Gavaskar – reacted on a Kohli video featuring wife Anushka Sharma during the lockdown – where they both engage in a fun moment with each other involving cricket.

In the commentary box, Gavaskar had said: “Ab joh lockdown tha to sirf Anushka ki bowling ki practice ki unhone, wo video dekhi hai (reference to a viral video), usse to kuch nahi hona hai (During the recent lockdown he only practised to Anushka’s bowling, I saw a video. But that is not going to be enough).

Here is the video we all have been talking about. #Gavaskar #AnushkaSharma #ViratKohli @imVkohli @AnushkaSharma #ipl #rcb #SunilGavaskar pic.twitter.com/aCRtB6Pr2x

Some years back, agitated by the posts against her wife, Kohli had said, “Shame on those people who have been having a go at Anushka for the longest time and connecting every negative thing to her. Shame on those people calling themselves educated. Shame on blaming and making fun of her when she has no control over what I do with my sport. If anything she has only motivated and given me more positivity.”

After losing the opener in a Super Over, KXIP got their campaign started with a comprehensive win against RCB. 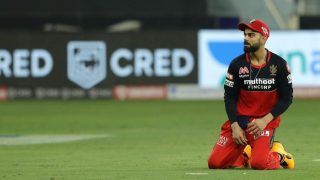 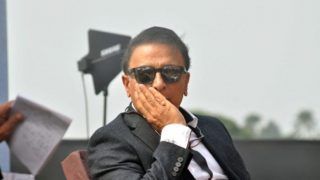