Aakash Chopra believes KKR have a bazooka but they are not using it. Former Indian opener Aakash Chopra reckons Kolkata Knight Riders are not making the most of Andre Russell’s pyrotechnics as they are pushing him down the batting order. Russell batted at number seven against Rajasthan Royals and joined forces with Dinesh Karthik when KKR were struggling at 94-5.

The West Indies all-rounder was dismissed after scoring nine runs by Chris Morris and couldn’t make an impact as KKR could only 133 runs on the board. Chopra believes Andre Russell should be promoted in the batting order as he can take the game away from the opposition.

Russell had given a glimpse of how destructive he can be in the match against Chennai Super Kings when he had scored a quickfire knock of 54 runs from 22 balls and got his team back into the contest. Chopra feels KKR have a bazooka but they are not using it.

“KKR is not giving Russell his full batting. They are sending him for too few deliveries. KKR have a bazooka but they are not using it. The opposition team is scared that Russell will come and hit but he comes so late, how will he create an impact,” said Chopra.

Chopra added that he would have promoted Andre Russell ahead of Dinesh Karthik when KKR lost their skipper Eoin Morgan’s wicket after 10.2 overs. But KKR is making the same tactical errors.

“There are some tactical blunders, to be honest. When the wicket had fallen after 10.2 overs, considering what had happened in the last match, I would have sent Andre Russell. It is possible it might not have worked out but what if it had gone well. I think they are missing a trick with Andre Russell, he should be playing more balls,” added Chopra.

Andre Russell has the skills to turn the match on its head but KKR is not making the most of his skills as they are batting him in the lower order. KKR have lost four out of their five matches and are placed at the bottom of the points table. The Eoin Morgan-led team will next face Punjab Kings at the Narendra Modi Stadium, Ahmedabad on 26th April. 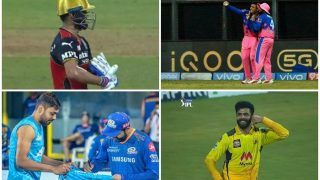 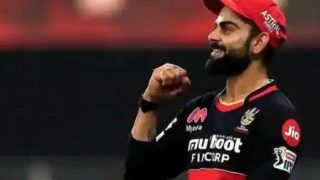