Akash Ambani pointed out how the new cycle has been a fruitful one for the franchise as they won consecutive titles. Dubai: Following a shock elimination from the ongoing IPL 2021, defending champions Mumbai Indians find themselves in a position – they would not be used to. In a bid to cheer up the dejected players, MI owner Akash Ambani gave the side a motivational speech and confessed that it is like a family for him and that he is not all that depressed about their performance in the latest edition. He pointed out how the new cycle has been a fruitful one for the franchise as they won consecutive titles.

Ambani said in a video released by MI social media: “We will definitely remember this cycle as the most successful cycle of MI in the history of Vivo IPL. Winning back-to-back trophies in four years is no mean feat. We know what it takes to be consistent over the next 30-35 matches. And even this season, I am not going to look back at it with too much regret because we have been a very very successful franchise.”

While thanking the players for putting in their best, he also spoke about family values and assured the cricketers that it will remain that way.

He added: “Thanks a lot for everything that you all have contributed to MI. It’s been an honor to have you all as a group of players and the support team too. It really does feel like a family. No matter what the future holds for each and every one of you, the family aspect of remaining with MI will always remain.”

Meanwhile, CSK, DC, RCB, and KKR are the four teams that have advanced to the playoffs stage. 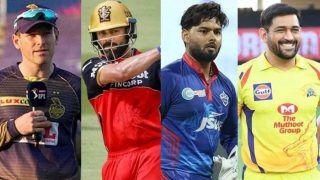 IPL 2021 Playoffs: Virat Kohli Has Been Fabulous, MS Dhoni is No 1 at The Moment - Gautam Gambhir Rates All Four Captains 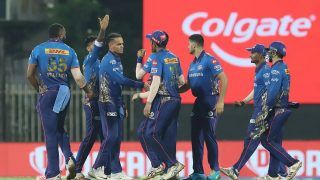