Axar Patel bowled the super over as SRH managed just one boundary, setting an easy eight-run target for Delhi Capitals. 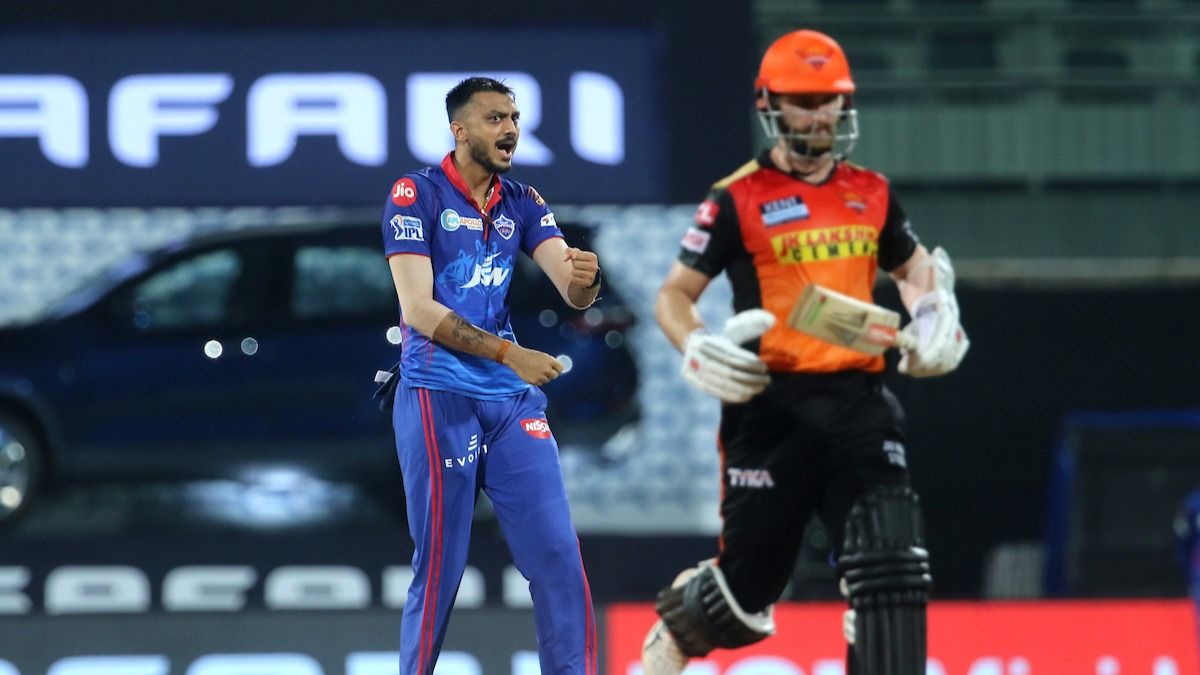 Sunrisers Hyderabad’s inept middle-order show foiled their splendid bowling effort as they slumped to yet another in Indian Premier League (IPL), losing Sunday’s contest against Delhi Capitals via Super Over.

Hyderabad spinners Rashid Khan and Jagadeesha Suchith’s tight spells had restricted the Capitals to 159 for four despite a quick 81-run stand between openers Prithvi Shaw (53) and Shikhar Dhawan (28).

However, Hyderabad’s over-reliance on their top-order batsmen meant that once skipper David Warner (6) and Jonny Bairstow (38) were dismissed, New Zealand captain Kane Williamson was left to anchor the sinking ship.

DC are currently placed second with 8 points from five games while SRH are seventh with a lone win.

With Capitals packed with proven performers, it was not possible for Williamson (66 not out) to do the job without support from other end. His fighting knock was not enough to take the side home.

However, timely hits from Suchith (15 off 6) helped SRH tie the scores and take it to the Super Over.

SRH managed just one boundary, setting an easy eight-run target for Capitals who knocked off the required runs despite Rashid Khan’s brilliance.

At the start of the chase after Warner’s run out, it was other opener Bairstow, who kept the run-rate under control with his power-hitting while Williamson was his usual assuring self.

Bairstow was dismissed immediately after hitting a gigantic six of pacer Avesh Khan in the seventh over.

Young Virat Singh took some time to find his feet against superior Capitals’ spin trio of R Ashwin, Axar Patel and Amit Mishra, which meant that the responsibility to find quick runs was on the Kiwi batsman.

Virat (4 off 14) consumed too many balls and was eventually dismissed by Khan. It brought Kedar Jadhav (9) to the crease but he too did not last long. He was stumped off Mishra. It was the middle-order that faltered again with SRH’s chances of play-off qualification evaporating with each passing game.

SRH needed 50 runs from the final five overs with Williamson holding the innings together.

Earlier, skipper Rishabh Pant (37) and Steve Smith (34 not out) raised a 58-run stand for the fourth wicket to ensure a fighting total for DC after electing to bat.

Shaw began with a hat-trick of fours off pacer Khaleel Ahmed. Those were breathtaking strokes, straight out of text book.

There was sheer elegance in his cover drives, both along the ground and the ones played over the field as Shaw backed his timing with precision and power.

His six off pacer Siddarth Kaul over long on and the ramp shot over short third-man off the same bowler bore testimony to his supreme touch.

Dhawan was happy playing the second fiddle as the Capitals put on board 51 without loss in Powerplay overs.

Left-arm spinner Suchith, playing his first game for SRH, did a decent job, giving away only 21 runs in his four-over quota. He consistently troubled Dhawan.

Suchith bowled in tandem with Khan, SRH’s best spinner over the years, as the two bowlers put brakes on the run flow.

Rashid also provided his side with first breakthrough when he found stumps of Dhawan, ending DC’s 81-run opening stand.

Shaw’s splendid knock ended in a run out after a mix-up with skipper Pant.

Pant and former Australia captain Steve Smith were now two new batsmen at the crease. They kept the scoreboard moving.

Smith was dropped on 14 by Kaul off Vijay Shankar. Khaleel had also missed out on a chance offered by Pant a few balls ago off Rashid.

The duo managed to get a few boundaries but SRH bowlers largely controlled the proceedings. 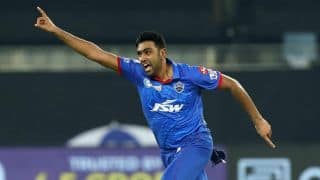