An authoritative Kolkata Knight Riders bossed Royal Challengers Bangalore from the beginning to the end to record a convincing nine-wicket win in their Indian Premier League match here on Monday. 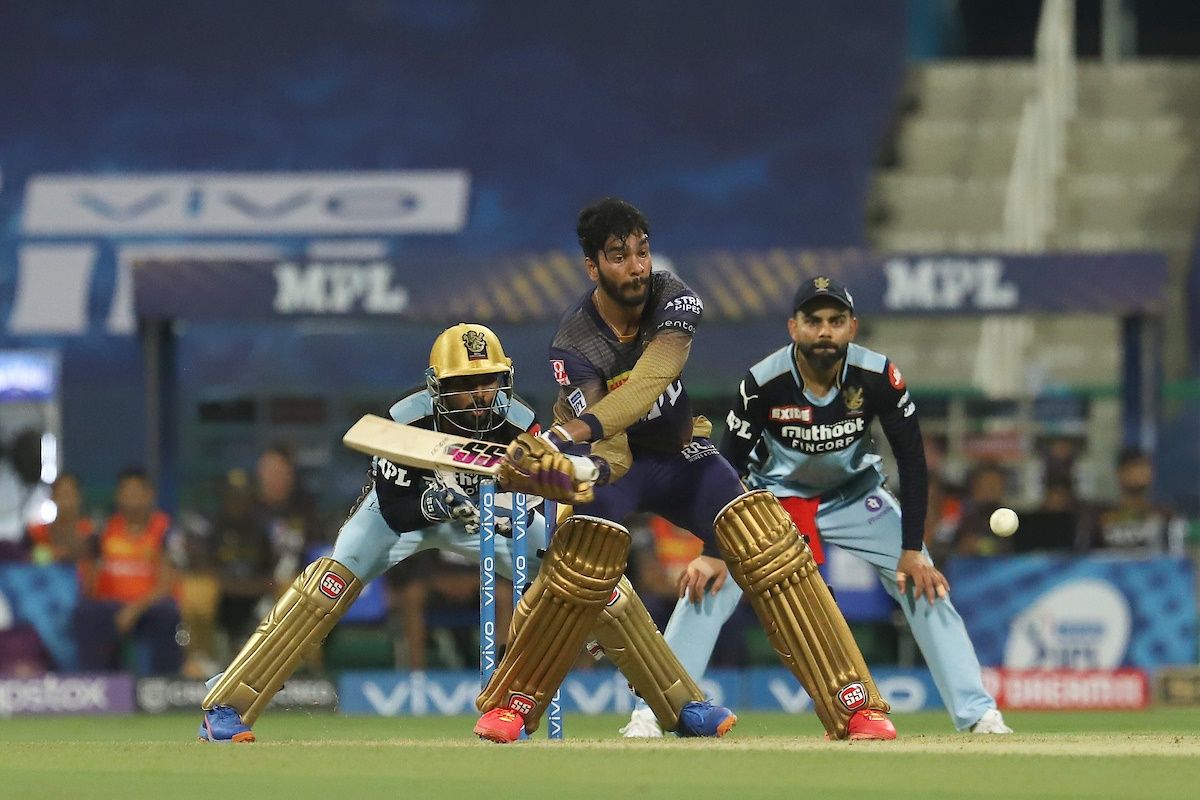 Abu Dhabi: An authoritative Kolkata Knight Riders bossed Royal Challengers Bangalore from the beginning to the end to record a convincing nine-wicket win in their Indian Premier League match here on Monday.

The supremely talented Gill got out for a 48 off 34 deliveries while Iyer, who could have been a successful management professional after finishing his MBA in finance and giving up a placement as a tax consultant, was looking good on a 27-ball 41 not out when the winning run was hit.

The result will not just boost their morale immensely but also improve KKR’s net run rate going ahead.

Devdutt Padikkal was the highest scorer with 22 runs in a forgettable outing in skipper Virat Kohli’s 200th game for RCB.

Bowling the day’s second over, right-arm medium pacer Prasidh Krishna dealt RCB a big blow when he had Virat Kohli trapped in front of wicket with his fourth delivery that jagged in and hit him above the knee roll.

Having completed a double century of matches for RCB, Kohli went for a review but the ball-tracking technology confirmed that it was going on to hit the stumps. This was immediately after Kohli sent a Krishna delivery in front of square on the off-side for a lovely four.

New Zealand fast bowler Lockie Ferguson replaced Chakravarthy and the gifted Devdutt Padikkal smashed the pacer straight over his head to get things moving for RCB.

Krishna bowled back-to-back no balls (one front foot and one beamer) in the next over and while debutant Srikar Bharat failed to break the shackles, Padikkal capitalised on the extra delivery with a boundary.

KKR skipper Eoin Morgan made another bowling change by bringing in Sunil Narine and while the Trinidadian spinner could not get a breakthrough in his first over, Ferguson succeeded in his second when he had Padikkal caught behind when the batsman tried to play the ball fine past the keeper despite hardly getting any room to execute the ramp shot.

Russell ended Bharat’s stay in the middle as the pressure mounted on the batsman.

And then came the biggest blow for RCB when Russell bowled AB de Villiers for a first-ball duck with a top-notch yorker targeting the leg-stump.

RCB were in all sorts of trouble at 52 for four in the ninth over and it became only worse for them with the departure of Glenn Maxwell, who brought his own downfall with a needless heave against Chakravarthy’s tossed-up delivery, and Wanindu Hasaranga, the team’s another debutant, getting out cheaply.

Both the batsmen were dismissed off successive balls on a surface that was on the slower side, something that Kohli talked about after opting to bat at the toss. 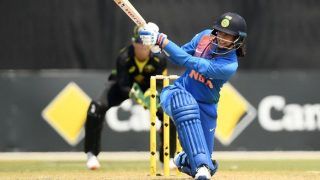 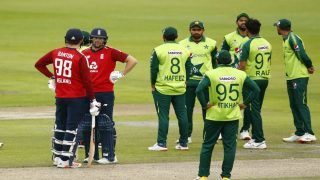