Venkatesh Iyer was instrumental on his debut as he took his side over the finishing line, with his blistering knock. 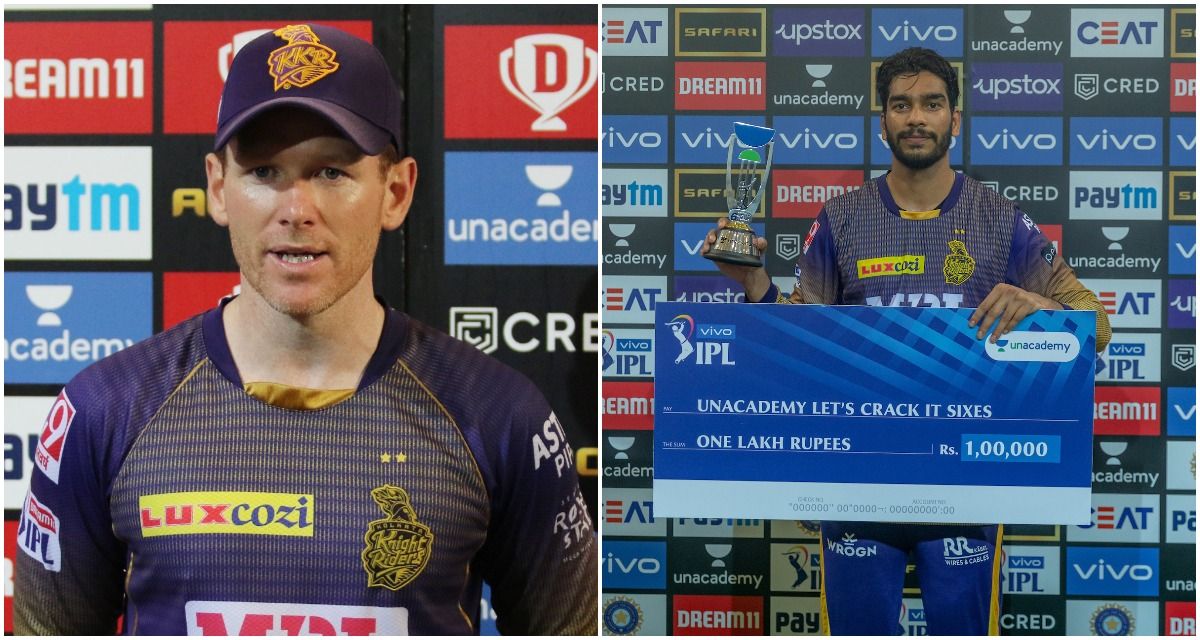 Abu Dhabi, Sep 21: Kolkata Knight Riders’ debutant Venkatesh Iyer grabbed everyone’s attention as he took his KKR career off to a flier, as the 26 year old guided his side all the way over the finishing line with a memorable 27 ball 41 knock against RCB on Monday. Virat Kohli’s RCB were all out for a paltry 92, thanks to Varun Chakravarthy’s match winning spell. Openers Gill and Iyer had no problem in chasing the score down with 10 overs to spare. Skipper Eoin Morgan was in all praise for the Madhya Pradesh boy, signifying his “aggressive” approach to the game is what the Kolkata side aspire to play.

“I think Venky, the way he came in and played, was outstanding. Certainly, the brand of cricket we want to play. We have a lot of talent within our group,” Morgan said at the post-match press conference.

“Playing the Brendon McCullum (way), that’s the aggressive nature in which we want to play.

“Although he was very aggressive, he managed to play with drastic control throughout the innings and his opening partnership with Shubman Gill was beautiful to watch, he added.

Swashbuckling all-rounder Andre Russell came in at number three and asked whether this would often be the case, Morgan said, No, I think it is open to interpretation.

I think, given the way that we played today and the position that we found ourselves in and the run-chase we had an opportunity to really affect our run-rate position, hence Russ (Russell) going up the order, he explained.

Despite the big-win, Morgan conceded that it was a challenge for his side to make the last four, as they are currently on the fifth spot with six points from eight games.

There is no doubt that it is going to be a challenge, but our main aim is turn up and try and play cricket like we have done today. I think if we do that, we give ourselves the best chance of progressing, said the England limited overs skipper.

It is something that the franchise has done before and gone on to win the championship, so we take confidence from that but more so from our performance with the ball and the bat and in the field today.

“Moving forward, if we continue to play in that manner, it makes us a dangerous side, Morgan signed off. 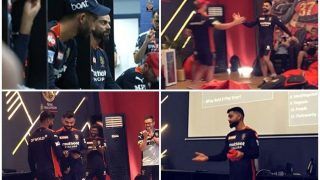 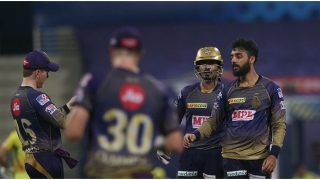