IPL 2021: The MI all-rounder hits it along the ground, unlike former Indian skipper MS Dhoni. Dubai: With days to go for the resumption of the second phase of the Indian Premier League, Mumbai Indians all-rounder Hardik Pandya seems to be shaping up well. During an MI training session, Hardik was seen practicing the helicopter shot – which is an essential modern weapon to have in the T20s. The MI all-rounder hits it along the ground, unlike former Indian skipper MS Dhoni. The helicopter shot is regarded as a signature shot of the Chennai Super Kings captain.

It was a delightful sight as he once again executed it to perfection. Here is the video of Pandya’s MS Dhoni-Esque shot:

In the first half of the league, Hardik could only manage to accumulate 52 runs from 7 games. He would like to improve on that when the defending champions take on their nemesis CSK in the first match of the second leg. The El Classico of the IPL will take place on September 19 at the Dubai International Cricket Stadium.

Having played seven matches, the five-time champions have four victories and three losses to their name.

Meanwhile, with India set to announce the T20 World Cup squad today (September 8), Hardik would be hoping he makes the cut. There are talks that Shardul Thakur, who is in good form with the bat and the ball, has a better chance of making the squad.

It would be interesting to see who makes it and who does not. 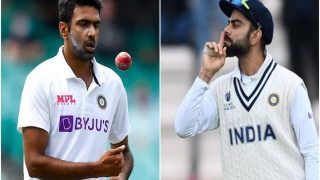 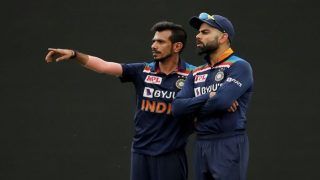